NATIONAL GEOGRAPHIC CHANNNEL’S DOOMSDAY PREPPERS: HOW WILL YOU FACE THE WORLD’S END 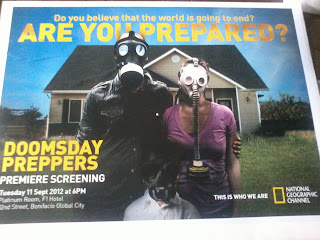 The END is NEAR. We’ve been hearing that for the last couple of years. It’s been written from the book of Revelations and we all know it’s fast approaching. So many had tried to predict the exact date, but just as they said, it will come at the moment when we least expect it. A lot of Nostradamus-wannabes had all made predictions about the world’s end. But none of them had completely foreseen the exact events in the future. With tsunamis, killer earthquakes, massive solar flares as well as man-made devastations, it is undeniably terrifying to even think about the last judgment. The question is, are you guys ready for the end of the world? Are you prepared for its coming? 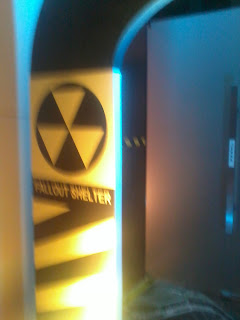 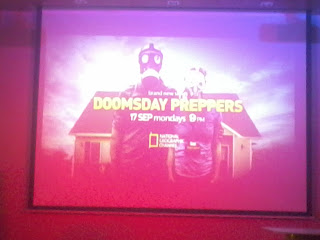 But did you know that there are folks who are convinced that the end of humankind can be salvaged? They believe that it’s best to be prepared. Surviving apocalypse for them is all about knowing how to take control and fight it. National Geographic Channel (NGC) probes and digs into the lives of ordinary people preparing for the world’s end in the all-new series Doomsday Preppers, premiering on September 17, 2012, Monday at 9PM.

The said program will take viewers into the various lives of these people—their lifestyle, subculture, and extreme preparations that these people make in order to train themselves to face the worst. Each individual has his or her own preparation style and approach. In each episode, the progress of the preppers’ survival plans are reviewed, organization and emergency plans are evaluated as well as overall preparedness is rated, and the chances of survival are studied by a group of experts called Practical Preppers. One may refer to the group as paranoid, you’ve got to watch the episodes and see for yourselves.


In the pilot episode entitled, "I hope I am Crazy," Dennis Evers teaches his family special skills to withstand a threatening financial collapse. Similarly, Kellen Bishop teaches women of quick-draw shooting and hand-to-hand combat in preparation for lawlessness when the economy collapses.

Purple Plum Fairy thanks Mr. Sean General.
Disclaimer: I am not compensated for this post. Opinions expressed are 100% my own.