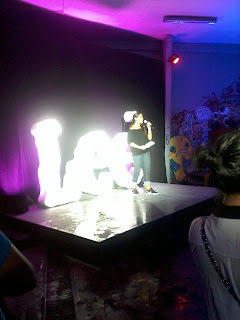 It was indeed a night to remember for all LEE Jeans Philippines’ fans and loyal consumers as they awarded the winners for their recent LEE Shadowplay photo contest held at The B-side Bar, The Collective Compound, Malugay, Makati City.  It felt like coming to someone’s party as two different live bands, Pasok mga Bwitre and Nyko Maca with Gafieira jammed before the hyper hip crowd at the said open space. Booze and finger foods flowed from the VIP area to the al fresco party. Everybody was such in a mood to celebrate and party! 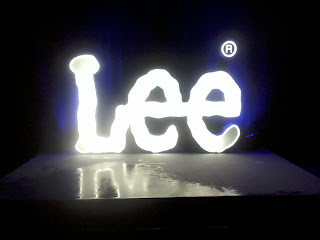 The LEE Shadowplay weekly winners’ photographs had been on display via projectors on the wall. There had been strobe lights and spotlights to complement to the music. There have been many fascinating photo entries—but in the end, the photo entry made by Robert Reyes, a freelance events photographer, won the grand prize with his entry entitled “Marching Band”, a photo he took during the annual Ibon-Ebon festival in Candaba, Pampanga. Reyes said that since he was facing the sun when he took the photo, the subject produced silhouettes, “and when I inverted the picture, the resulting shadow became more distinguished and clearly showed that the shadow was a marching band.”


He won a total of $2, 000 USD (Wow! I mean, that’s roughly Php80, 000++) plus his work gets to be on the LED billboard display of LEE Jeans Philippines on EDSA! Amazing isn’t? Nothing can be cooler than seeing your own work displayed on a huge billboard where everyone passes by. And winning such huge amount of money spells totally A-W-E-S-O-M-E! 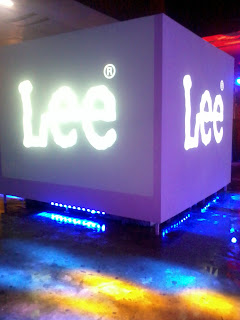 Speaking of such, I was surprised to see after leisurely browsing the eccentric and funky stores of The Collective that bikes + skateboards abound the area. I was told that the said area is now considered as the hippest and grooviest tambay (read: hang-out) spot among art and culture urchins. It had actually reminded me so much of the unconventional way of Cubao X (formerly known as Cubao Expo) compound, only it’s smaller. So the LEE Shadowplay bike winners could very much use and show off their uniquely designed bikes throughout the area.

Anyway, Purple Plum Fairy would like to congratulate LEE Jeans Philippines for organizing contests like these that would really showcase the Filipino talents in photography. Kudos to you guys! I also wish to congratulate all the winners of the LEE Shadowplay Photo contest! I’m looking forward to seeing all your amazing works on the billboard soon.

And if you are too busy focusing on driving or riding through metro traffic, and might miss the winning photos shown in the Lee Billboard along EDSA, you can log on to www.leeshadowplay.com to view them as well as the other online entries.

Purple Plum Fairy thanks Ms. Yenny Gonzales, Mr. Rommel Cortez and Alwin Aguirre.
Disclaimer: I am not compensated for this post. Opinions expressed are 100% my own.