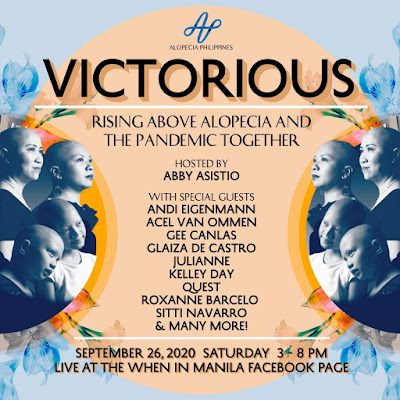 It may start  with a simple case of falling hair, but if you are experiencing too many hair loss, then maybe it's time for you to see your physician. It could already be symptoms of Alopecia areata. This type of disorder highly affects one's self-confidence. It is uncommon in the Philippines but this is due to the fact that people get alopecia at different stages in life.
arAlopecia eata is an autoimmune disorder that causes your hair to come out, often in clumps the size and shape of a quarter. The amount of hair loss is different in everyone. Some people lose it only in a few spots and create a bald spot or patches. Others lose a lot. Sometimes, hair grows back but only to fall out again later. As of this time, researchers still do not know the exact cause of this disorder. 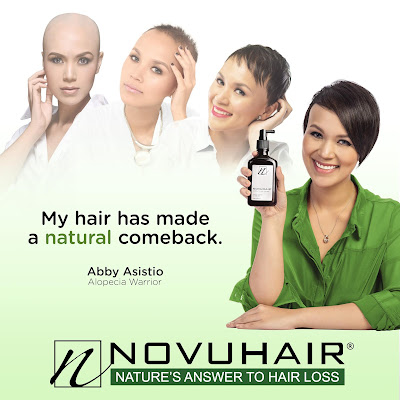 Most people are ashamed to come out in the open that they are suffering from this health condition, cases are not usually reported and so far, there is no existing statistics here in the Philippines. The good news is that there is a support group called Alopecia Philippines which seeks to help those with the condition to "SEE beyond Alopecia" : Support, Educate, Empower. Novuhair's brand ambassador, singer/songwriter and herself an alopecia patient is a founding member of Alopecia Philippines.
Growing up was rather difficult for Abby who had alopecia since she was 4. "It was very difficult at first because it was clear to me that I was different from other kids my age," shares Abby. "I was aware I'm not normal and I felt incomplete as a person. As a young girl, I knew the hair is the crowning glory of a woman. I thought I could never be 100% feminine and beautiful because of it."
A staunch supporter of Novuhair's advocacy, she celebrates September 2020 as her 7th year anniversary in collaboration with the brand. As the leading hair loss treatment in the country , Novuhair and Alopecia Philippines (a group founded in 2012) marks their partnership via an online gathering called "VICTORIOUS, Rising Above Alopecia and the Pandemic Together" LIVE happening at When In Manila's Facebook page on Saturday, September 26, 2020 from 3Pm to 8PM. Everyone is invited to witness this momentous event. See you there!
Abby Asistio is currently one of the ambassadors and the inspirational VIP Coach of Novuhair nature's answer to hair loss, which she has been using since March 2013.
Know more about this amazing hair product called Novuhair at the link below:
https://www.novuhair.com/novuhair-3-in1-vip-promo-kit/
Posted by Vance M. Ramos at 10:53 PM