As the Philippines celebrates its heroes –April 7th is Tribute to Veterans Day, and April 9th is Araw ng Kagitingan or National Heroes’ Day -- it is good to remember Corregidor and Bataan. These two places have become synonymous with Filipino and American courage and determination in protecting
our freedom.

Here are some things to recall about these two historical sites:

1) Both Bataan and Corregidor are legendary in the history of war. Despite relentless attacks by Japanese forces in 1942, and without reinforcements coming from the United States, Filipino and American troops fought back for several months.
2) Bataan fought from January 7, 1942 until April 9, 1942 after being overwhelmed by superior Japanese firepower and troop numbers. After some 76,000 Filipino and American troops surrendered, they were forced to walk around 96 to more than 100 kilometers from Bataan to Capas, Tarlac. This was the infamous Bataan Death March.
3) From December 29, 1941 until May 6, 1942, the Japanese Imperial Army attacked Corregidor and dropped thousands of bombs on the island. On May 6, the leader of all US and Filipino Allied forces in Asia, Lt. Gen. Jonathan Wainwright, led his men in their surrender to the Japanese. They fought as long and as hard as humanly possible.
4) Corregidor Island is the site of the Pacific War Memorial. The Memorial has the Dome of Peace, and a sculpture called the Eternal Flame of Freedom. There’s also the Pacific War Memorial Museum that houses World War 2 memorabilia.  It is now considered as the world's biggest war museum. 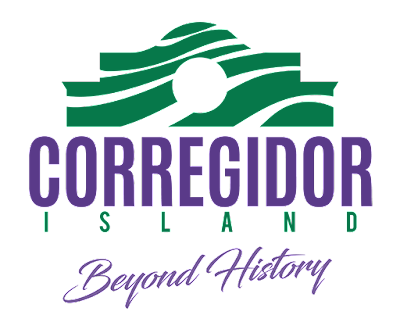 For more information, go to http://www.corregidorisland.com.ph/
Posted by Vance M. Ramos at 7:15 PM