This artist uses his talent to help less fortunate children

The “secret” to having a successful art career is not hidden or beyond your reach. It’s very simple. It begins by helping others by using your own talent. New York-based Filipino nurse turned artist Rommel Rico shares his artistic talent in order to help others. He is a full-time pharma project manager but his real calling is really in the arts. Painting is his passion. Growing up, Rico wanted to pursue arts as a profession but his parents had discouraged him from pursuing an artistic career because there were more lucrative and in-demand courses that are profitable. Rico pursued physical therapy, earned his license, and took a short course in nursing as well.

He discovered his knack for painting in high school, stopped during college, and went back to it again when he came to New York City. " I didn't have any formal training in fine arts. But I went to a vocational school and had drafting and drawing class as elective subjects. I took up "Pagguhit" as my major and was awarded "Best in Pagguhit Award," says Rico. Rico eventually got back to his first love--painting while juggling his work in the medical field.

The Filipino artist has painted over 40 artworks (and counting) and hosted several exhibits in New York. Two of his artworks, "Abundance in the Marketplace" and "Abundance in the Sun" which Rico considers his masterpieces were exhibited in Pfizer Headquarters lobby at 42nd St. New York, and had drawn much curiosity and attention. 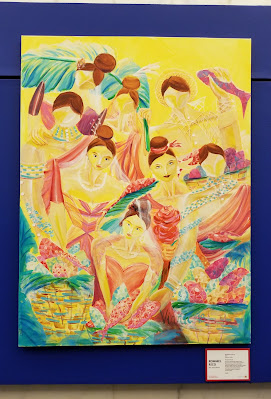 at the UP College of Medicine Henry Sy Sr. Hall. It is currently installed at the

He has long been printing his paintings on shirts. In 2017, his creativity 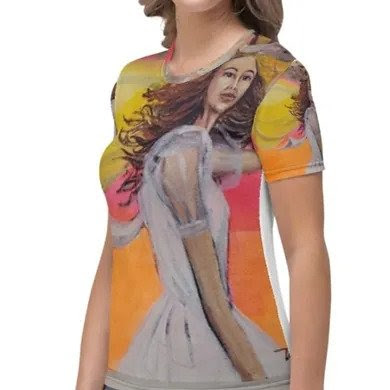 During the height of the pandemic, Rico was supposed to do an exhibit,

proceeds of which shall go to underprivileged children. Although plans

have been derailed because of Covid 19, it did not stop Rico from

selling his shirts through his website where buyers can purchase 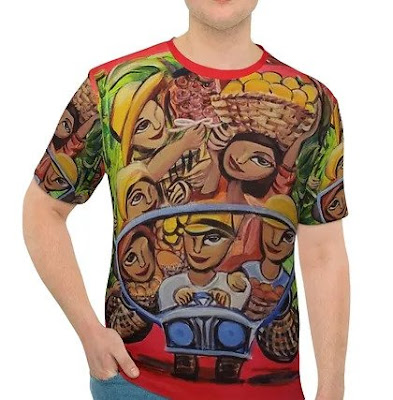 Rico is currently bent on planning another fundraising project, this time for Saori Hand of Love for special children. Saori is handweaving, sewing clothing from handwoven and fiber arts from felting to hand spinning and fiber dyeing. 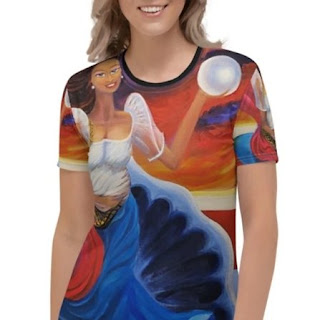 in the Philippines. “It may take a while because I’m currently based in

New York and I do art only as a hobby, I can’t still go full-time as an artist.

But God-willing, I know someday it will happen. I want a Filipiniana-themed

concept. I wanted to study textile design and print my artworks into silk or

textile for dresses, gowns, scarves, bags, among many others.

I can see myself heading that way."