What was it like to be diagnosed with a golf ball-sized brain tumor? Any patient diagnosed to have a brain tumor, cancer or any life-threatening disease would surely be devastated. I recently attended a webicon on a multidisciplinary approach to brain and spine tumor management organized by Cardinal Santos Medical Center Hospital. And I was glad to know more about the latest treatment innovation in medicine for brain and spine tumor management as well as certain cancers.

How quickly a brain tumor grows can vary greatly. The growth rate, as well as the location of a brain tumor, determines how it will affect the function of your nervous system.

Brain tumor treatment options depend on the type of brain tumor you have, as well as its size and location.

What are the signs and symptoms of brain and spine tumors?

*Weakness in Arms and Legs 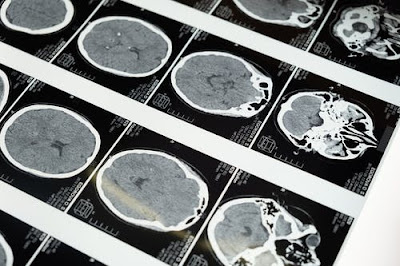 But contrary to what most people believed, headaches are not necessarily caused by tumors. In fact, it is rarely caused by a brain tumor. It may be the presenting symptom in 25% of brain tumors. It arises from increased pressure from tumor growth and swelling.

*Headaches that awaken you at night

*Headaches that worsen with exertion or physical activities

Nausea and vomiting are usually from increased intracranial pressure from an enlarging tumor. Involvement of structures near the vomiting center.

Blurring of vision or double vision: Can present as blurred or double vision, abnormal eye movements, and restricted field of view.  Causes may arise from increased pressure in the brain or compression of specific brain structures.

FACTS: Most seizures are not caused by brain tumors. Seizures from brain tumors are usually focal in character. A late-onset seizure/epilepsy should raise suspicion for a possible anatomic cause (stroke, tumor)

From impingement of brain structures that control coordination. May be accompanied by dizziness and cranial nerve dysfunction (facial pain/numbness/weakness, hearing loss, swallowing, and speech pattern).

• Tumors in the parts of the cerebrum (the large, outer part of the brain) that control movement or sensation can cause weakness or numbness of part of the body, often on just one side.

• Tumors in or near the parts of the cerebrum responsible for language can cause problems with speech or even understanding words.

• Tumors in the front part of the cerebrum can sometimes affect thinking, personality, and language.

• If the tumor is in the cerebellum (the lower, back part of the brain that controls coordination), a person might have trouble walking; trouble with precise movements of hands, arms, feet, and legs; problems swallowing or synchronizing eye movements; and changes in speech rhythm.

• Tumors in the back part of the cerebrum, or around the pituitary gland, the optic nerve, or certain other cranial nerves can cause vision problems.

• Tumors in or near other cranial nerves might lead to hearing loss (in one or both ears), balance problems, weakness of some facial muscles, facial numbness or pain, or trouble swallowing.

• Spinal cord tumors can cause numbness, weakness, or lack of coordination in the arms and/or legs (usually on both sides of the body), as well as bladder or bowel problems.

The brain also controls functions of some other organs, including hormone production, so brain tumors can also cause many other symptoms not listed here.

Having one or more of the symptoms above does not necessarily mean that you have a brain or spinal cord tumor. All of these symptoms can have other causes. Still, if you have any of these symptoms, especially if they don’t go away or get worse over time, see your doctor so the cause can be found and treated, if needed. 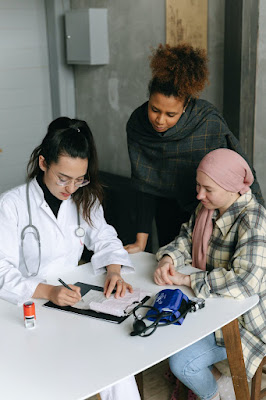 Cardinal Santos Medical Center's Brain and Spine Institute is a leading force in the field of neurosciences in the Philippines. It provides a full spectrum of neurological services for adults and pediatric with disorders of the brain, spine and neurovascular abnormalities through its subspecialty centers: the Philippine Gamma Knife Center, the Brain and Spine Tumor Center, the Philippine Movement Disorder Surgery Center, the Cardinal Santos Spine Center, the CSMC Stroke Service, the Neurophysiology Center, and the Cardinal Santos Memory Center. It is a recognized referral center for neurological diseases in the country.
Aside from the services mentioned above, they also cater to  the following services as well:
Adult and Pediatric Brain and Spine Tumors
Congenital, Traumatic, Infectious and Degenerative Spine Disorders
Neurovascular Disorders
Congenital Brain Disorders
Neuromuscular Disorders
Neuropathic Pain Diseases
Dementia and Memory Disorders
Neurodevelopmental Disorders
Epilepsy
Sleep Disorders
Stroke
During the said webicon, Dr. Theodore S. Vesagas, MD, Director of Philippine Gamma Knife Center also discussed Gamma Knife Radiosurgery process and treatment. Gamma Knife surgery is a painless computer-guided treatment that delivers highly focused radiation to tumors and lesions in the brain. Gamma Knife surgery is used to treat brain tumors, arteriovenous malformations, trigeminal neuralgia, acoustic neuroma and tremors.
Gamma Knife radiosurgery is nearly 90 percent successful in killing or shrinking brain tumors or stopping their growth. And it doesn't hurt or require anesthesia. Treatment takes just one session, and patients can return to normal activities almost immediately.
Gamma Knife radiosurgery results in the failure of tumor cells to reproduce. The tumor may shrink over a period of 18 months to two years, but the main goal of Gamma Knife radiosurgery for benign tumors is to prevent any future tumor growth. 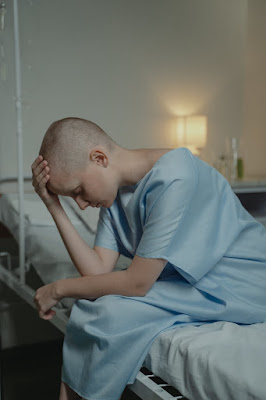 Gamma Knife surgery is a treatment method that uses radiation and computer-guided planning to treat brain tumors, vascular malformations and other abnormalities in the brain. Despite its name, this procedure does not involve any incisions, not even a skin incision. The Gamma knife is actually a treatment that delivers beams of highly focused radiation. Some 192 "beamlets" of radiation converge and are precisely focused on the targeted area of brain, specifically in the shape of the tumor or lesion, while sparing the surrounding normal tissue.
Gamma Knife surgery is also known as stereotactic radiosurgery, Gamma Knife radiosurgery and Gamma Knife radiation.

Gamma Knife surgery can treat several brain disorders, including:
• Brain tumors (both cancer [malignant] and non-cancer [benign]): These tumors including brain metastases, pituitary adenomas, pinealomas, craniopharyngiomas, meningiomas, chordomas, chondrosarcomas and glial tumors.
• Acoustic neuroma (vestibular schwannomas): This is a non-cancerous tumor that develops around the balance and hearing nerves that connect the inner ear with the brain.
• Arteriovenous malformations (AVMs): This is an abnormal, snarled tangles of blood vessels.
• Tremors: Tremors due to conditions including essential tremor or Parkinson’s disease.
• Trigeminal neuralgia: This is an ongoing condition that affects a certain nerve in the face, causing extreme pain.
• Some types of epilepsy.
Cardinal Santos Medical Center had always invested in groundbreaking technologies, which in turn has enabled it to offer some of its most innovative services like Gamma Knife Surgery. Considered to be the gold standard technique in Stereotactic Radiosurgery, Gamma Knife Surgery allows neurosurgeons to make no incisions as they treat sensitive ailments of the brain, making the procedure simple, painless, and straightforward.

Depending on the type and size of the tumor or lesion, more than one treatment session may be needed. Your neurosurgeon and/or radiation oncologist will review your treatment plan with you.

While brain surgery is the most common treatment for brain tumors, there are other options for treatment:
Some of these treatments may not necessarily be available in the country, but at least we all have options to choose from.

Cancer that begins elsewhere and spreads to the brain

Secondary (metastatic) brain tumors are tumors that result from cancer that starts elsewhere in your body and then spreads (metastasizes) to your brain.

Secondary brain tumors most often occur in people who have a history of cancer. Rarely, a metastatic brain tumor may be the first sign of cancer that began elsewhere in your body.

Any cancer can spread to the brain, but common types include:

In most people with primary brain tumors, the cause of the tumor isn't clear. But doctors have identified some factors that may increase your risk of a brain tumor.

During the said webicon, they also had a guest patient who had undergone an operation in November 2020 after doctors in Dubai had found out about his medium lemon-sized tumor on his brain. Rodel Perez, 45, is an OFW based in Dubai. He recalled how he discovered his brain tumor. According to him, it was all by accident. He experienced severe dizziness and went for a checkup with his first diagnosis of having vertigo. So he was then recommended to go for a CT scan, in which they've found out he has a brain tumor.

After studying the pros and cons, two of his friends recommended having an e-consult with Dr. Gimenez of Cardinal Santos Medical Center. It was the height of the pandemic and he had faced some difficulties because right after his quarantine, he went straight to the hospital to undergo an operation. With friends and family's support, he put his life into God's hands and trusted his doctors who assured him, things were going to be okay. In a few months, he's back at work and in the pink of health.

According to another doctor from Cardinal Santos, they also helo even indigent patients. Upon diagnosis, they educate their patients with the procedures and they have residents service programs as well as foundations that give free treatments and sometimes even free medicines. They also help process papers from LGUs and DSWDs. They find ways to help their patients.
With early detection, proper treatment, and the doctors' multidisciplinary approach, brain and tumors as well as cancers are still curable.
Posted by Vance M. Ramos at 1:42 AM