Growing up, I’d often see my mom playing cards during her spare time. She would either play cards with her friends who’d come over to our house or she would play games by herself. Mom was a single mom who brought me up all by herself (with some help from her own mom and friends). It was playing cards, particularly solitaire that had somehow helped her during those times when she felt stressed and pressured at work.

Now that I am an adult myself (though not yet a mom), unconsciously, without trying to, I realized I actually do the same thing. However, unlike her, I like playing cards online. I play cards online to veer away from all the workload I had to accomplish. It has become my favorite activity to do during times when I’m getting some mental block or I feel a bit lazy on trying to beat my deadlines.

I hardly know how to play the game but after knowing its mechanics, I’ve realized how easy it was and I got hooked instantly. The game’s first objective is to release and play into position certain cards to build up each foundation, in sequence and in suit, from ace through king. The ultimate objective is to build the whole pack onto the foundations, and if that can be done, the Solitaire game is won. 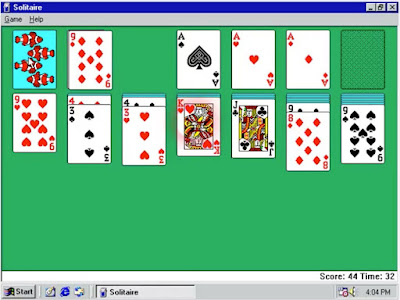 Did you know that playing Solitaire has numerous benefits beyond killing time? Based on some research, it actually helps boost our memory. Indeed, solitaire is one of the most pleasurable pastimes for most people. It is a single-player game card that involves sorting cards using certain rules. It is also known as a game of patience and since then it has been devised for more than 150 solitaire games.

While others used to play this famous game on the floor or on the bed, since it became available digitally, there’s no need for that anymore. Solitaire has been a staple of digital gaming since 1990 when Microsoft introduced it to personal computers as a way to teach people how to use a mouse. It is originally integrated into Microsoft’s operating system to teach users to maneuver a computer mouse in such a fun and easy way—a skill that replaces keyboard commands at the time.

From desktop computers to phones and tablets, solitaire has been a staple of digital gaming and if you’re going to ask my honest opinion, I think it’s going to stay for good because it was able to maintain its appeal through all these years. Still, I personally don’t think solitaire will go extinct. It is the cockroach of gaming, remarkably flexible and adaptable.

I recently stumbled upon this site called solitaire.org where I saw a lot of other exciting collection of games that are really interesting to check out. There are word games (which I truly enjoy), logic puzzle games, hidden-object games, mahjong gamess (if you’re familiar with them), match-3-games and other free online games. I’m pretty sure there will be something that will catch your fancy.

I tried playing memory word games and hidden-object games and I had a blast! Each game had levels of difficulties. So the higher the level, the more difficult things are. Thus, there are various challenges that awaits you when you visit their website. The best part? Aside from the free online games they offer, you need not sign into anything to be able to play. You could just hover onto the game you wanted to play and that's it! You read that right, they're all absolutely free! 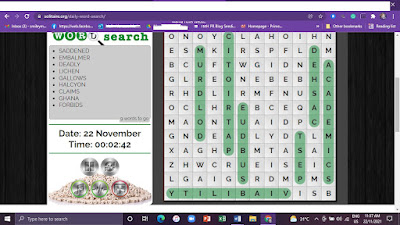 While the website focuses on ther game solitaire, they do offer other games in various categories. I'm not exactly someone you'd consider a gamer, but I do know how to have fun and when I say I did have fun, solitaire.org has got everything I've always wanted in a game website--no frills, just all fun. I absolutely hate those sites where they'd ask you to answer all other information about me that shouldn't event be fun to begin with before I'd be able to play online. But with solitaire.org, with just a few clicks on the game's mechanics, and you're all set to play!

I tried the hidden princess game and I'd surely recommend this for those moms with little girls. The image reminded me of Disney princess like Rapunzel. Based on a study from Nanyang Technological University in Singapore, playing hidden object games can improve cognition and enhances visual search recognition and spatial memory.

Another favorite game of mine from this website is their word puzzles. Word puzzles help to develop skiills that will help throughout one's career: verbal reasoning, vocabulary, problem-solving, spelling, grammar and helps boost memory. When practiced or played on a daily basis, anyone can get better using and accessing them. 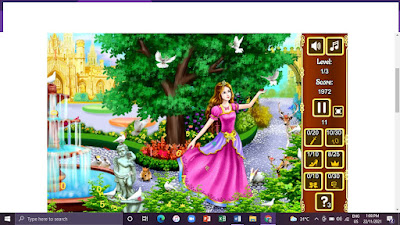 Going back with playing solitaire, the familiar card game has become much more part of our lives. It became more than just a tool to familiarize ourselves with using a mouse, it’s no longer just a tool for learning computer skills. Some people are actually obsessed playing it. Although I love playing online games like solitaire and word puzzles, I don’t recommend overdoing them. You have to recognize the difference between really liking something versus having a clinical addiction. A fixation on solitaire and other online games are more of behavioral addiction with underlying mental distress or illness. But then, that’s another story altogether.

So what is it about playing solitaire and other online games that excites me about? Let me explain it: I like playing against myself. I like beating my own record. And each time gives me a sense of fulfillment within. When you’re playing against your previous best, against the law of averages and the forces of chance, it gives you a different sense of thrill and excitement. You’re taking random elements and trying to put them together in such a pleasing way, to make order out of chaos. 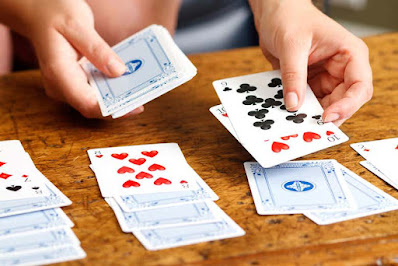 The staple characteristics of solitaire, like the game’s quick play-time and relatively easy-to-achieve rewards tend to be a coping mechanism for everyone that deals with stress. We often use the game to escape for a while and repetitive playing of games can help a lot with how we cope with our daily stressful environment.