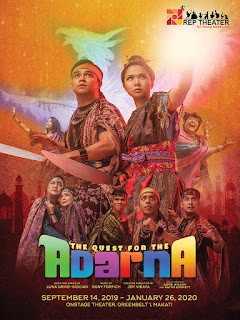 My first encounter with the mythical Adarna bird happened during my freshman year in high school. Back then, it was an academic requirement to study corrido [a popular narrative song and poetry that forms a ballad.] as part of Philippine literature. Ibong Adarna is a 16th century Filipino epic poem about an eponymous magical bird. The story is commonly attributed to the Filipino poet Jose de la Cruz, better known as “Huseng Sisiw.” However, to this day, the exact authorship is disputed because another legend says it was brought to the Philippines by Miguel Lopez de Legazpi in 1565.


Last weekend, my boyfriend Jason and I were given the privilege to see the latest show that REP Theater For Young Audiences [RYTA] has staged as it returns this season via Quest For The Adarna at the Onstage Theater in Greenbelt 1, Makati City. 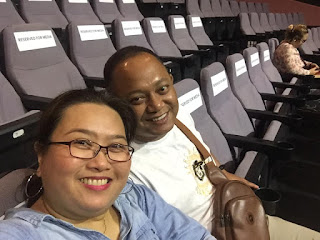 An enduring epic that remains one of Filipinos’ great cultural treasures, the Ibong Adarna story is reborn as an entertaining play with all-original music. This musical is a must-see for everyone as it is the very first original Filipino musical adaptation in English by REP!

RTYA gathers brilliant production creatives to mount this spectacular musical. Creative director Joy Virata is assisted by co-directors Jamie Wilson and Naths Everett, music by Rony Fortich, and book and lyrics by Luna Grino-Inocian. Scenic design by Joey Mendoza, Tata Tuviera for costume design while Otto Hernandez for the Adarna design. These people behind the production joined hands to bring the kingdom of Berbania into life. 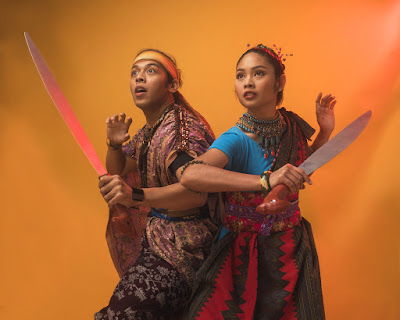 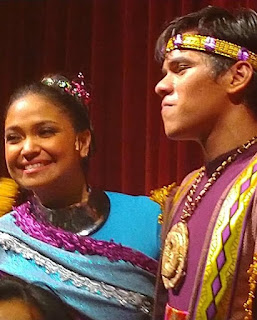 The story revolved around the life of King Fernando, Queen Valeriana and their three sons, Prince Pedro, Diego and Juan. When the King was struck with a mysterious illness which an expert says only the song of the mythical Adarna bird can heal. His sons decided to capture the bird on Mount Tabor. After his two brothers failed on their mission, Prince Juan bravely takes on the task to save his ailing father.

Considered as one of the oldest and well-known story in Philippine Folklore, REP’s take on The Quest For The Adarna will surely make your imagination come alive in such a colorful, magical and interactive stage that is suitable for all ages. It’s the kind of play that not only kids will enjoy but also those kids-at-heart will also definitely love as well. Adarna teaches kids unforgettable lessons about family, courage, forgiveness, and love in one entertaining musical stage production.

Catch Quest For The Adarna from September 14, 2019 to January 26,2020 at Onstage Theater Greenbelt 1. Grab your tickets now and brace yourselves on your epic journey back to the magical kingdom of Berbania.

For inquiries, call Rep at 451-1474 or Ticketworld at 891-9999. Log  in to www.ticketworld.com.ph
For updates and show schedules, log on to www.repertoryphilippines.ph
Posted by Vance M. Ramos at 9:03 PM