FamilyMart PH recently opened its 68th branch and their second generation store in the growing development of Clark Global City. There is indeed no doubt the invasion and rapid expansion of the modern day convenience store is now running rampant in the Philippines. 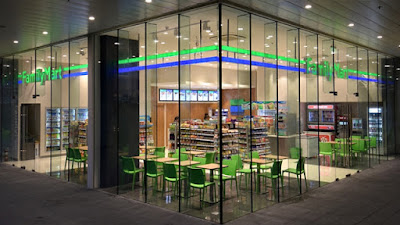 It has long been predicted that convenience stores would be the next phase of modern retail growth in the Philippines and judging by the retail brands now springing up like plants in well-watered garden, the scramble for market presence is well and truly underway.

As new convenience store players establish their position in the market, the speed of outlets popping up across the retail landscape will accelerate as each plays a game of catch up, or at least, to get to the number of outlets required to offset operational costs.

FamilyMart raced onto the retail scene in 2013 and it was operating a lot of stores within two years and has indicated it aims to open 60-70 stores per year. FamilyMart West Aeropark sports a revamped look and vibe from the usual branch. Tagged as the "Generation 2"store, it follows the interior design of its international counterparts (but it will soon be rolled out in all their other branches as well.) We were lucky to interview Mr. Roald Yap, FamilyMart's General Manager while we were there. He warmly welcomed us as he proudly showed us around the new FamilyMart store.

This particular FamilyMart store is composed of different sections which features both imported and local brands as well as an aisle that has products from the different provinces in the Philippines. It's a great way to just grab pasalubong (items we Filipinos would usually bring home to our families and friends) from FamilyMart sans the hassle.

Check out what FamilyMart has to offer to customers:


Dining is also another option here as there are enough seats and tables that can accommodate around 30 persons. Food items are also impressive from their breads and breakfast options like donburi, yakitori, dimsums, sandwiches, FamiChicky, how dwags, famidogs, crispy fried chicken and hot drinks.

Speaking of FamiChicky, you guys should try it out when you come and visit FamilyMart West Aeropark. You need not go to Japan to have a taste of this chicken goodness. It's made available for you at FamilyMart Clark. It just got tweaked a bit to perfectly suit the Filipino palate. So if you've been to FamilyMart in Japan, do not expect to have the same taste. But rest assured, it's still deliciously yummy and perfect when you just want to grab a quick bite. 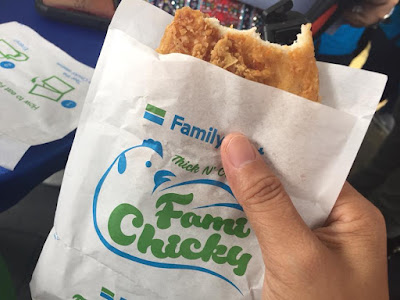 I'm happy to note too that FamilyMart understands the importance of securing "the right location" (it is conveniently located right across The Medical City in Clark) by providing passing traffic and ease of access. FamilyMart also sits conveniently to capture the working population near the area and also targets public transport hubs like the Manila-Clark P2P bus terminal and seeks to be within reach of a local neighborhood. 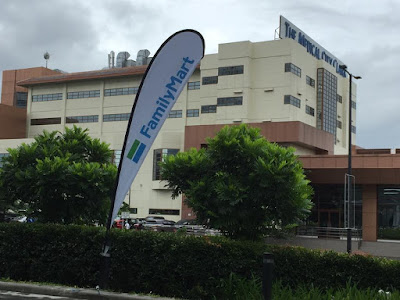 Come and visit the new FamilyMart at the West Aeropark in Clark, this is the first under the oil company Phoenix Petroleum Philippines, Inc.