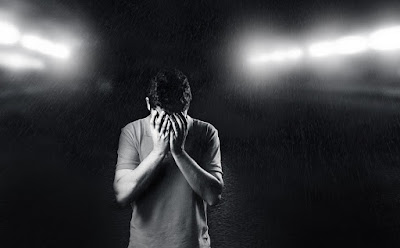 Life is full of ironies. Three years ago, when comedian Robin Williams hanged himself to end his suffering from drug addiction and chronic depression, everyone got the shock of their lives.  It was but a tragic way to bid his life goodbye. Despite of the glamour and glitz of Hollywood, Williams, who had rose to fame by making people laugh on his films chose to end his life by putting off his "jolly" mask and showing everyone his true emotions. This reminds me of Britney Spears' song entitled "Lucky". The said song rings true to Williams' life, it clearly states that despite the Hollywood fame, there's something missing in his life. Once the spotlights went off, he'd find himself alone and lonely. When he's all by himself, that's when depression creeps into him.

"The truth shouts: No one is spared from depression."

Depression, a frequently misunderstood illness, seems to get media attention only when it's associated with a celebrity's death by suicide, or a celebrity makes controversial remarks about it.

In the Philippines, depression was on the news because of now controversial remarks by comedian, TV host, and actor Joey De Leon. The veteran comedian gave such an insensitive remark that irked the public. He said: "Yung depression, gawa-gawa lang ng mga tao iyan. Gawa nila sa sarili nila." (Depression is something people make up. Something they do to themselves.) De Leon has since issued a public apology, explaining that he had wrong ideas about depression and that he was sorry for trivializing the pain of those suffering from it.

There will really be times when we'd feel that the world will crumble before us. Personally speaking, I've had the worst time this year after having gone through a narcissistic relationship with my ex. So it's understandably so that for quite sometime, I really went through depression because at the time I really thought everything was my fault. I felt so worthless after i was devalued and then eventually discarded by him. But clinging on to God's promises, I know all these things shall pass. If it's not okay today, it's not yet the end. Eight months had passed since he left me hanging and totally left me as he blocked me off his life. I thank God for giving me the strength to carry on and I thank my family, my friends, and fellow bloggers for all the help and inspiration. It's true that there are still times when I feel sorry for myself, but still I am blessed to have been alive and enjoy the company of my loved ones. 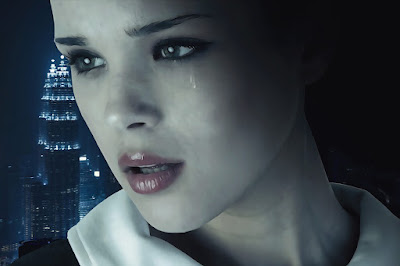 According to ManilaMed psychiatirst Tomas Bautista, MD, it's not surprising for someone like Joey De Leon to make incorrect, or even insensitive statements about depression, which is still a widely misunderstood and even stigmatized disease.

Dr. Bautista clarified that the word “depression” means two things. Usually, like Joey De Leon, many people think depression refers to the low, bad feeling we get when we go through loss, defeat, or feel frustration; the pain of separation, or loneliness.

In that sense, every person can get depression.  This type of depression can get really intense for example, when a loved one dies and a person grieves.

“ Pag nonpathological na depression, yes. Kasi ang depression is like you become depressed because you didn’t get what you want. Something happened that you didn’t expect. You lost somebody. May stages naman ang grieving, diba? End part ng grieving is depression and then acceptance na,” said Dr. Bautista.

This type of depression, no matter how intense or painful, eventually passes. It goes away, the person goes back to normal and moves on with his or her life.

This is not the case with pathological depression, which is not simply a bad feeling but an illness in the brain.  It can last weeks, months, years, or even a lifetime. If untreated, there is an increased likelihood that the depressed person may commit suicide.


Depression as a mental illness

"So many people thought they don't have it, because most are often in denial. But they have it. Each and every day, people more and more suffer from depression."

While the feeling of depression may seem the same as the illness or pathology of depression, there are many differences between the two.
The biggest difference is that depression as an illness or disease is not just a low or bad feeling. Pathological depression has many symptoms.

According to Dr. Bautista, these symptoms include:

·        Sadness, losing interest in activities the person used to enjoy.
·        Changes in diet and appetite; either eating more than usual, or losing  appetite altogether.
·        Changes in sleep patterns. Either sleeping too much, or getting insomnia.
·        Psychomotor agitation or retardation; either restless, impatient; or feeling heavy and moving slowly in completing tasks.
·        Lack of focus, easily distracted.
·        Persistent negative thoughts, pessimism.
·        Feeling of hopelessness, worthlessness, that may lead to suicidal thoughts.
·        A person has difficulty getting up in the morning, may feel that life is no longer worth living. He or she may wish to no longer wake up from sleep.
·        In severe depression a person may consider and attempt suicide as a way to end his or her misery.

What are the causes of depression?

As mentioned before, usually feelings of depression occur when there's a stressful or traumatic life event. The causes of depression as a disease are less clear, although experts say there's likely a combination of external, internal, and genetic factors. 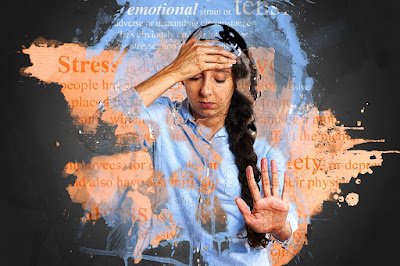 Scientists have found that in depression, there's a disruption in the normal interaction of neurons in the brain. The balance of neurotransmitters like serotonin and dopamine, the influence of hormones like cortisol and estrogen, these and more are believed to play their parts in depression.

What can you do about it?

1. Bond with your family and friends. I used to bottle up all my emotions to myself. You've got to learn how to open up and bare your soul. It not only feels good, but it'll also be good for your heart. Share whatever sentiments, grievances or problems you may have. Unload them to a friend who will be willing to listen and be a shoulder to cry on.

2. Write all your problems, jot them down and once you're done, throw them away or burn them. By doing this, it's like crumpling off and throwing your problems along with the paper.

3. Learn to Count Your Blessings. Think positive. There are a lot of reasons to be happy about and be thankful for. Stop comparing yourself with others. Nobody is perfect in this world. But with a positive mind, you will be able to carry on whatever problem that will come your way.

4. Keep the Faith. No matter what the others say, prayers work wonders. Based on experience, it is Him who can really help us when we are at our lowest point in life. It is through praying that we connect with Him, listen to what He has about to say.

5. Music is a good therapy. Music can heal the wounds of our hearts. When you listen to a fast and upbeat song, you can't help but feel its energy. Life is one big roller coaster, there will be times when you're down and times when you're up there. It's a matter of perspective. We can all beat and fight depression.

How is depression treated?

It is widely accepted that a combination of psychotherapy methods (like Cognitive Behavioral Therapy) and medications like anti-depressants, mood stabilizers, and anti-psychotics are the best way to treat depression and bipolar illnesses.

Lifestyle changes also help: a healthy diet and proper nutrition, regular exercise, enough sleep, a balanced routine, and periodic rest and relaxation all contribute to easing the symptoms of depression.

Depression can become a serious, life-threatening illness if not treated properly. If you or a loved one is suspected to have depression, go see a mental health professional (psychiatrist or clinical psychologist) and get help.

ManilaMed has psychiatrists on staff who are ready to help patients understand, cope, manage, and treat depression. For more information, go to http://manilamed.com.ph/