HIV/AIDS amongst the Youth: An Alarming Reality and What We Can Do About It? 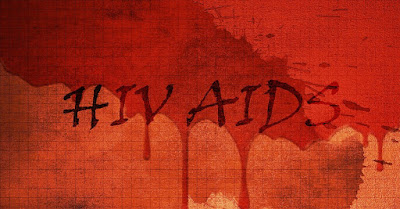 Purple Plum Fairy recently attended a round-table discussion on HIV and AIDS held at the Manila Medical Center(ManilaMed) Hospital with no less than Dr. Rontegene Solante, Infectious Disease Specialist. This initiative from ManilaMed is with regards to the 2016 National Study on the State of HIV Epidemic.

As one of the country’s leading hospitals, ManilaMed is taking the lead on the issue of urban health, seeing that there is a need to address it in the midst of rapid urbanization and gentrification. I was surprised to find out that HIV had not only become prevalent amongst adults but more so with the youngsters. Yes, you’re reading these facts correctly. The youth aged 15-24 accounted for all new HIV diagnoses according to Dr. Solante based on a recent study by the Department of Health.
According to Dr. Solante, most of those new diagnoses amongst the youth (roughly about 81%) occurred among gay and bisexual males. Most likely out of any age group will be linked to care and have a suppressed viral load (that is, having a very low level of the virus in the body, which helps the person stay healthy and greatly reduces the risk of transmitting HIV to others). Addressing HIV in youth requires that we give young people the information and tools they need to reduce their risk, make healthy decisions, and get treatment and care if needed. 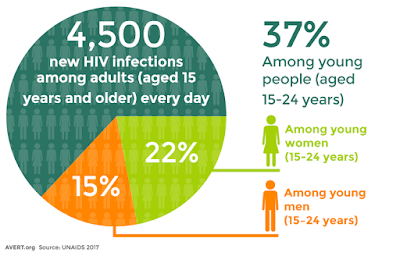 The status of sexual health education varies throughout the country and is insufficient in many areas based on what is currently happening with regards to HIV prevention. While it is true that sex education is now given to as early as elementary students, many curricula do not include prevention information for young gay and bisexual men. In addition, sex education is not starting early enough: truth to be told, they do not necessarily meet goals set by the DOH. Finally, sex education has been declining over time. The percentage of schools in which students are required to receive instruction on HIV prevention has also decreased.

Health risk behaviors that contribute to the leading causes of death and disability among youth, reveal:
High rates of sexually transmitted diseases (STDs)

Some of the highest STD rates are among youth aged 15 to 35. The presence of another STD greatly increases the likelihood that a person exposed to HIV will become infected.
Stigma around HIV

There’s still a stigma amongst HIV positive. This could mean that they (HIV positive) are not comfortable discussing their status with others and talking with their partners about ways to protect themselves from HIV and other STDs. For gay and bisexual youth who are just beginning to explore their sexuality, homophobia can pose obstacles to utilizing HIV prevention services, testing, and treatment.

Gay and bisexual high school students may engage in risky sexual behaviors and substance abuse because they feel isolated and lack support. They are more likely than heterosexual youth to experience bullying and other forms of violence, which also can lead to mental distress and engagement in risk behaviors that are associated with getting HIV.

Teenage years is a time of great change – your body develops and changes during puberty as you become an adult, and these changes often go hand in hand with lots of emotions. You may also be finishing school, taking exams and thinking about your future. This is also a time when many people have some of their first relationships. It can be an intense and exciting time, but it can also be difficult. 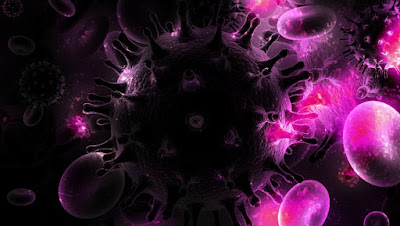 If you’re going to have sex, remember that using male condoms correctly is a really effective way of preventing HIV, sexually transmitted infections and unplanned pregnancy. Many clinics can provide you with free condoms and other contraception, as well as confidential information and advice.

If you are taking HIV treatment and it’s keeping the level of HIV in your body (viral load) very low, that also reduces the risk of HIV being passed on. For women, there are also additional ways of preventing pregnancy, including the contraceptive pill, implant or injection. It’s important to tell your doctor if you’re taking HIV treatment and contraception together, as some HIV drugs interact with them and make the contraception less effective.

It’s a good idea to talk to your partner about these things before you have sex, if you can, so that you can share the responsibility for having safer sex. If your partner knows about HIV, it can make it easier to talk about using condoms.
Having HIV shouldn’t stop you from having great sex – you have just as much right to a fulfilling and healthy sex life as anyone else – but don’t feel that you have to have sex just because your partner wants to. It’s up to you to decide when you feel ready for sex and they should respect that. But there's a right time to exercise their faculty as regards sex and adolescents should not be that age.

Young people especially adolescents, continue to be disproportionately affected by HIV. In 2014, 3.9 million people aged between 15 and 24 years were living with HIV and 620,000 became newly infected with the virus. The number of adolescents living with HIV has risen by 28% between 2005 and 2015.
The number of adolescents dying due to AIDS-related illnesses tripled between 2000 and 2015, the only age group to have experienced a rise. AIDS is now the leading cause of death among young people in Africa and the second leading cause of death among young people worldwide.

"The medical advances that have transformed HIV treatment have yet to alter the stark reality for young people, particularly in low to middle-income countries,and young people within key populations. Even as AIDS-related mortality overall decreased in recent years, AIDS-related deaths among adolescents increased by 50%. AIDS, in other words, is far from over - especially for young people."

Multiple and intersecting forms of discrimination and structural inequality affect the lives of young people and increase their vulnerability to HIV. HIV also disproportionately affects young men who have sex with men, young people who use drugs, young transgender people and young sex workers. In Asia, 95% of young people diagnosed with HIV fall into at least one of these groups.

Why are young people vulnerable to HIV?

There are many factors that put young people at an elevated risk of HIV. Adolescence and early adulthood is a critical period of development when significant physical and emotional changes occur. Adolescents and young people have growing personal autonomy and responsibility for their individual health. The transition from childhood to adulthood is also a time for exploring and navigating peer relationships, gender norms, sexuality and economic responsibility.

Considerable data gaps exist in our knowledge of HIV among adolescents and young people. This is particularly the case for younger adolescents because of the challenges in getting parental approval for their involvement in surveys and a lack of age-appropriate questions. Where data exist, limited sample sizes and lack of disaggregation limits the available evidence to inform programming. In part because of these gaps, adolescents and young people are often missing from national HIV strategic plans, particularly interventions beyond the scope of the DOH programs for HIV and AIDS.

Excluding vertical transmission, unprotected sex is the most common route of HIV infection for young people, with sharing infected needles the second. For some, this is a result of not having the correct knowledge about HIV and how to prevent it, highlighting the need for HIV and sexual and reproductive health and rights education. For others, it is the result of being forced to have unprotected sex, or to inject drugs.

The age of sexual debut is rising, showing a positive change in attitudes among young people with regards to sexual behaviour. Apparently, it is common for young people to become sexually active by late adolescence. UNICEF estimates that between 30-50% of girls will give birth to their first child before 19. While only a small percentage of adolescents will become sexually active before the age of 15 (roughly 11% for girls), evidence suggests that some children as young as five are exposed to sexual activities directly or indirectly. Child marriage is a key driver of early sexual debut, and in some settings up to 45% of adolescent girls reported that their first sexual experience was forced.

Use of drugs or alcohol and selling sex contribute to HIV risk and represent overlapping vulnerabilities that some young men who have sex with men share with other young key populations.

Testing every six months for those who practice high-risk behavior is equally important because although anti-retroviral meds are now available, HIV still remains incurable. But when detected early, HIV can be managed very effectively through antiretroviral therapy. Testings and treatments are given for free at government/public hospitals.

ManilaMed is doing its part in helping raise awareness on HIV and AIDS through initiating open forums and discussions on the subject matter. To learn more about HIV prevention as well as other information on AIDS, go to http://manilamed.com.ph/articles/.