My Mom's tale of Husay and Malasakit (Excellence and Compassion) 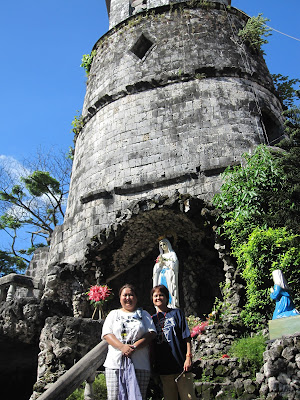 She had me when she was 23. Although she wasn’t exactly prepared for me, she bravely fought oppression and decided to keep me. She had just lost custody to her first born and hadn’t recovered yet from her failed marriage. At the time, all she ever wanted was to complete her family, but she had been deceived by her ex husband then. She had received a lot of flak because she chose to have me. And most of all, she had to stop school temporarily because I came to exist. My dad was never a part of my so-called ‘family.’ It had been exactly thirty five years since my mom experienced all of these. 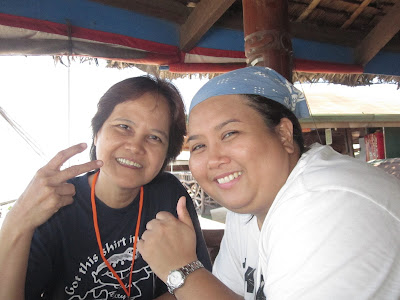 Yes, I came from what they refer to as ‘broken family.’ During the 80’s, it had been ‘taboo’ by many and kids born out of such would often get a lot of discrimination from the society. People would often wonder who my father was because they’ve never seen his shadow at school at all. I’m proud to say that my mom had raised me all by herself with some help from my late grandma. I vividly recall, Mom would bring me to her university before and would ask a classmate or a dear friend of hers to look after me for say an hour, as she attends her classes. She hasn’t finished her studies yet when she had me and for quite sometime she had to put her studies on hold. She came back to school when I was around six because she was really bent on pursuing her education and finish her degree. 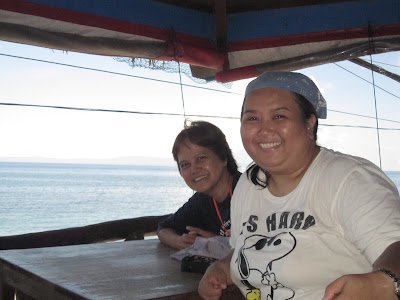 Mom eventually got her college diploma by the time I started grade one. She made sure I knew my ABC’s and 123’s + I knew how to read before she got me into school. She never got to teach and instead eventually ended up as an executive secretary in a private firm. While working, Mom left me in my Lola’s company. It was my Lola who took care of me while she was busy with work. But mom was really hands-on with me—she would help me with my assignments no matter how difficult her day was. She also made sure that I look forward on weekends where we would spend time together. 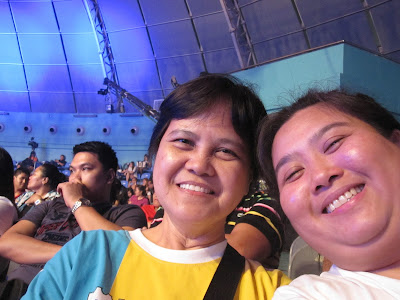 I don’t know if you’ll believe me when I’d say that I never felt the need to have a dad because I felt complete. Of course, I’d see my friends who have their fathers and I knew my family was sort of unconventional but I just never looked for my dad. As long as I’ve my grandma and my mom, I know I’m going to be fine. I’ve long accepted the fact that they were my only family. When my grandma passed away in 1994, it took a while before my mom and I were able to move on because the three of us were inseparable then. 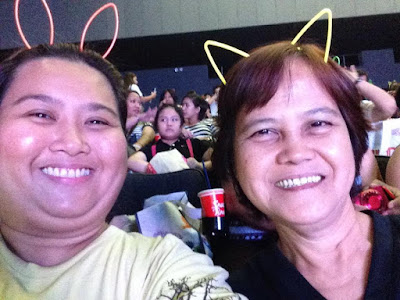 When I was four, I’ve learned I had a biological sister who was separated from me because my dad had gotten her custody when our parents had separated. I didn’t fully understood why my older sister had to live with my dad and me with my mom, but I guess that was the kind of set up we had to live with. We eventually grew up apart and that made us very different from each other although we were full-blooded sisters. We’ve also came to thread different lives but still bonded by her eldest son whom I took under my care.


My Mom was far from perfect. She had a lot of flaws. She doesn’t know how to handle finances much and would often make the worse decisions in life. But she found ways how to send me to good schools—and made me finish my college degree because she believed I deserved it. I never knew college would be a lot difficult for both of us. She had lost her job a couple of times and we had to borrow money from her officemates just for me to get by. I remember writing a couple of ‘promissory notes’ so that I would be allowed then to take my exams. Mom and I went through the most difficult times. We held on to each other’s hands. We believed everything shall all pass including the storms in our lives.

Mom went under the knife thrice. She had a chocolate cyst and had one of her ovaries removed back in 1995. Then it was followed by total hysterectomy and appendectomy in 2004. And in 2014, she needed to be operated due to femur fracture from an accident we had encountered and was given partial hip prosthesis. I hated those moments when I couldn’t do anything to help my beloved mother. Seeing her suffer made me want to take out all the pain from her. If only, I could do such a thing. Although she’s not exactly made of steel, Mom may not realize it but she’s actually a tough one. Her life has changed 180 degree turn after recovering from that accident. For one, she became a person with disability or a PWD. She can still walk but with a limp and needed a cane to support her. But all these didn’t stop her from doing her daily chores. I’m so proud to say that she’s still as productive as ever. She did not allow her disability to prevent her from helping us out in the household. What we went through was such a difficult ordeal. We were overwhelmed that the entire blogging community had showered us with all their love, concern, prayers and support during the accident. It was something that Mom and I will always be grateful for.  And I know that for as long as I had her, I know I’m going to be okay. She’s the very reason why I’m here.
Mom’s my number one fan, my constant companion, my anchor, my beacon and light, she’s my everything! I couldn’t imagine my life without her. She persevered with me and pushed me into who I am today. If she hadn’t fought for me, if she hadn’t given me the chance to live, I wouldn’t be where I am. She had given up another chance at love because I became her priority. I owe everything that I have and all that I am to her. I will always treasure each moment I spend with her. Honestly, I no longer see myself with someone. I’ve long accepted the fact that maybe I’m bound for single blessedness. I see myself getting old and wrinkled while still holding my mom’s hands. I’d want to serve her, make her feel special and allow her to experience life’s little comfort. With everything she has given me and all the things that she had sacrificed for me, I hope I can do something to somehow repay. Although she had never asked anything in return for all the love, I wish to be able to bring her abroad for some leisure time, to simply travel, relax and explore. To make her see a part of the world that’s a lot different than ours.

Just like Unilab, who’s now celebrating their 70 years of world-class and quality service—if it hadn’t been for my Mom’s husay and malasakit, I would’ve never made it this far. Unilab, on the other hand had always been the trusted brand for years among many Filipinos. With their excellence and concern, just like being with Mom, you’ll know you’re in good hands.
Posted by Vance M. Ramos at 4:05 AM