“You have diabetes.” Those three words continued to sting right into my ears from the time they’ve pricked my finger and got some blood sample up to the time I went home that evening. I know I’ve taken my health for granted and I’ve got no one else to blame but myself. I’ve type 2 diabetes—onset diabetes for adults, the kind of sickness for those who like me must’ve taken their health for granted. Diabetes is a lifelong chronic condition that affects the body’s ability to use the energy found in found. For non-diabetics, the sugar and carbohydrates in the food we consumed are transformed into glucose, which the cells absorb in the bloodstream with the help of the hormone called insulin. But for diabetics like me, it’s a different story. We do not produce or do not have enough insulin in the body, hence, we can’t absorb the glucose, which creates a build-up in the blood and often leads to more serious illnesses.

Unbeknownst to many, diabetes is a very serious disease but it doesn’t mean it’s going to be the end of the world. There’s a misconception that diabetics lead very miserable lives because they lead restricted lives. Filipino musician, Gary Valenciano has been living with type I diabetes since he was 14 years old. According to him, living with this condition ain't easy. But it's been thirty-seven years since his diagnosis. He's had more than 90,000 insulin injections, but he can attest that one can still live as normally as possible. 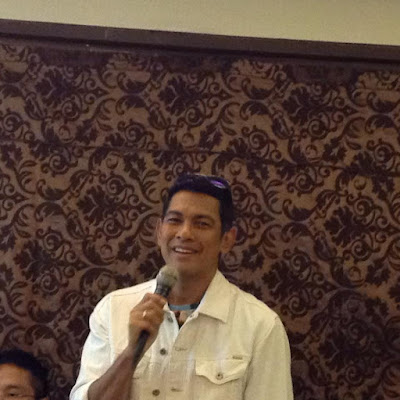 Gary has never been more active in both his personal and professional life. He resolves to defeat the disease. "I've faced death a couple of times and managed to escape it. There were really times when my blood sugar drops at 27 or 18. Sometimes my blood sugar shoots up to 387 and it's also bad for my health," says Gary. "In January of this year, I’ve just come from a concert. Then, I had a nap. The next thing I knew, they were trying to wake me from my sleep, But they said my pupils were already dilated. Good thing, Angeli, my wife knew exactly what to do so I was given my medication and all. I am so blessed to still be alive at this very moment."

At 51, Gary’s still able to perform and he’s also been fulfilling his bucket list. “Diabetics should be out there enjoying himself. He must be active to burn the glucose he takes in,” said the man touted as Mr. Pure Energy.

How does he do it? "I don't allow diabetes to stop me from doing the things I want to do. He believes that with proper management of the disease, it allows him to live a rich and dynamic life. He does exercise and often observes his blood sugar + taking medications and having the proper diet.

Speaking of diet, Gary swears by DiabetaMil. This reduced calorie, sugar-free Cereal, and non-Cereal drink contain vitamins, minerals and protein specially formulated for people with diabetes. it is enriched with Chromium Picolinate and Dietary Fiber which is high in calcium and has Low Glycemic Value.

The mineral Chromium Picolinate found in the said drink can aid in both glucose and insulin metabolism by breaking down the fats, protein, and cholesterol. Dr. Lanny Lestiani, a Medical Nutritionist at the University of Indonesia, testifies that 'chromium showed its potential in improving insulin sensitivity; DiabetaMil enriched with chromium (250mcg per serving) may be beneficial for diabetics to improve their glycemic control.' In addition, this nutritional drink also fulfills the Codex requirement as the source of calcium, which can be beneficial in optimizing glucose metabolism.

DiabetaMil also offers low-calorie and sugar-free cookies suitable for diabetics. Snacks serve an important role in the daily diet to keep blood glucose levels as close to normal as possible.

DiabetaMil has a delicious line of cereal (Vanilla and Chocolate) and non-cereal drinks (Moccachinno) and cookies (Nutty Chocolate and Vanilla Dried Fruit Flavors) that allows one a healthy nutritious meal without sacrificing the taste. Just like Gary, DiabetaMil believes that in its own little way, diabetics can enjoy life.

DiabetaMil is available in leading groceries, supermarkets and drugstores nationwide.

Disclaimer: I am not compensated for this post, Opinions expressed are my own.
Posted by Vance M. Ramos at 2:55 AM