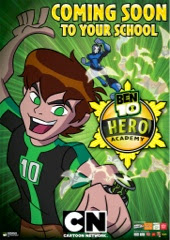 Cartoon Network, the leading kids' channel in the Philippines, through its initiative--Ben 10 Hero Academy teaches kids what they must do in certain dangerous situations. The said Ben 10-inspired activity based crash-course was filled with easy-to-learn tips where kids can learn to act wisely in different situations. The said program makes its way to Metro Manila schools from July to August 2014.
“The Ben 10 Hero Academy takes after the spirit of the hugely popular Ben 10: Omniverse series,” said Nicole Schneiderjohn, Marketing Director, Turner International Asia-Pacific, operator of Cartoon Network Asia. “In using characters like Ben Tennyson, Bloxx and Rook to communicate valuable lessons on safety, we’re able to empower kids in their daily lives through fun and adventure.” 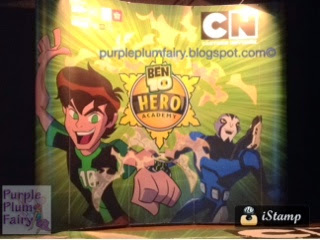 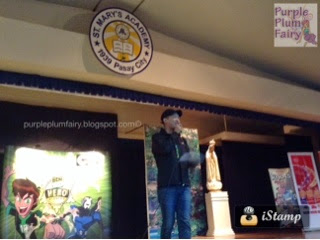 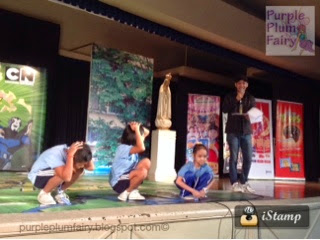 Students from St. Mary's Academy in Pasay demonstrates what to do during an earthquake 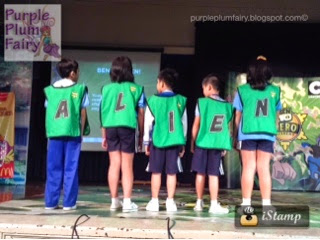 Kids during the game on stage 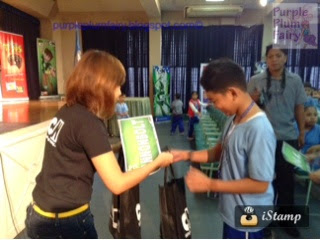 A young boy smiles as he claims his prize for winning in a game
Kids had loads of fun as they participated in various games and activities. The said event was also graced by Ronald McDonald and Zesto mascot to the delight of the kids. Best of all, they've also had that opportunity to get face time with their favorite Ben 10 characters, Bloxx and Ben Tennyson himself. In fact, during the Ben 10 Hero Academy event at St. Mary's, even the teachers couldn't resist having a photo opportunity with the cute Bloxx. 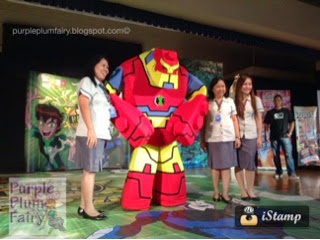 Faculty members from St. Mary's Academy couldn't get enough of Bloxx.
Well, I'm also guilty of such as your Purple Plum Fairy also had a photo with him. I also had a lot of fun seeing the kids with such happiness on their faces--the kind of genuine joy that money could not buy. Oh, how I wish we've also had that same fun crash course training like Ben 10 Academy during my time in grade school. 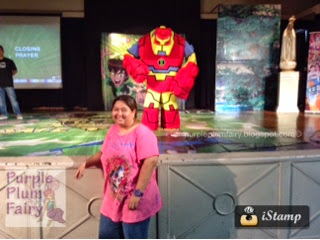 Purple Plum Fairy had this photo opp with Bloxx as well. 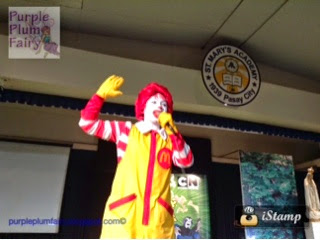 Ronald McDonald wowed the kids as he taught them emergency signals. 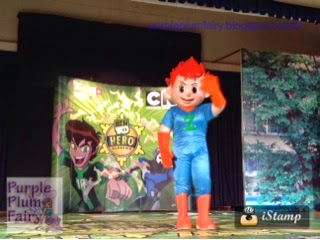 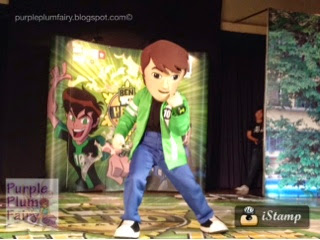 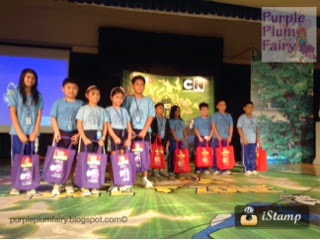 Lucky students brought home bags of awesome goodies from the sponsors.
Cartoon Network is the leading kids’ channel in the Philippines. Its dedicated Philippine feed offers the best in animated entertainment, drawing from the world's largest cartoon library of Warner Bros., MGM and Hanna-Barbara titles. Cartoon Network also showcases popular original series such as Ben 10, The Amazing World of Gumball and Adventure Time. Cartoon Network is available in 27 countries throughout Asia Pacific and is currently seen in more than 75 million pay-TV homes. Online, Cartoon Network reaches nearly three million unique visitors a month in the region. In Asia Pacific, Cartoon Network is owned and operated by Turner Broadcasting System Asia Pacific, Inc., a Time Warner company.
Special thanks to the lovely ladies of Havas Agatep: Ice Vivar and Cielo Remorin.
Disclaimer: I am not compensated for this post. Opinions expressed are my own.
Posted by Vance M. Ramos at 2:41 AM