Curtain's Up for Broadway's Chicago for The Theatre at Solaire 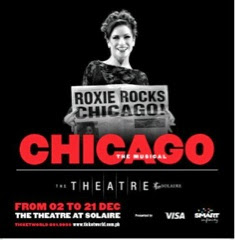 The Philippines' latest theatrical luxury hotspot, THE THEATRE at Solaire Resort and Casino will be staging Broadway's award-winning smash hit musical 'Chicago' for the first time on a strictly limited season starting December 2. Featuring an all-American cast flying in from the US, Chicago's very first Manila season is about to ensnare hearts with its pulsating repertoire and timeless tale of deception and cunning. Dubbed by The Times, UK as the "sharpest, slickest show on the block," the iconic blockbuster musical is bound to open THE THEATRE--a state-of-the-art, certified lyric theatre in the heart of Entertainment City.
Just like the local runs of world-class stage spectacles Cats, Mamma Mia, The Phantom of The Opera and Wicked, bringing the six-time Tony Award-winning musical Chicago to the Philippines is indeed a very special gift to Filipino theatre aficionados like me. The said musical follows the characters of aspiring vaudevillian Roxie Hart and seasoned vaudevillian Velma Kelly and the murders they committed in the 1920's. Personally speaking, I am very excited about Chicago because I've heard from friends who were able to catch it on West End that it's a very clever, sophisticated and sexy show. I am no less than thrilled to watch it on local stage. 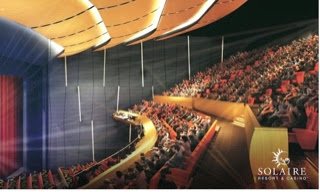 Solaire Resort and Casino houses THE THEATRE which boasts of 1760-seat Lyric Theatre with innovative technical and stage facilities, plush fittings and rich atmosphere. It's the perfect venue for world-class performances, Broadway shows, ballet acts, speaker series and more. This early, Solaire has a line-up of performance artists and events; both local and international, in the months to come.
CHICAGO, featuring its London West End cast will be running from December 2 to 21, 2014 at THE THEATRE at Solaire. For ticket inquiries, call TicketWorld at 891-9999 or visit www.ticketworld.com.ph.
THE THEATRE signifies the continuance of Solaire’s contribution to the flourishing arts and performance scene in the Entertainment City.
@SolaireResort | #SolaireChicago
Visit solaireresort.com for details
Disclaimer: I am not compensated for this post. Opinions expressed are my own.
Posted by Vance M. Ramos at 5:38 AM