When Marriages Falls Apart Parents Must Spare the Kids 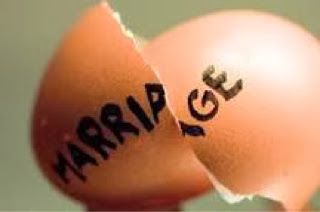 I feel sad each time I hear stories about couples drifting apart. Coming from a broken family myself, my heart goes out to all the children within the family as they will surely be the ones to suffer. But as they say, what good would it do for both parties if they no longer love each other or they would just be hurting one another? A long time friend recently had parted ways with her husband of 12 years. Nobody said it was easy. After all, she had made her ex husband her whole life in the past twelve years. A long time ago, my friend had set aside her own dreams to play the role of a young wife. She became a loving homemaker and a 24/7 mom to her children. Her children makes her happy.  Although it all seemed that everything had been wonderful, her life wasn't exactly a bed if roses. But she had tried her very best to make their marriage last, to keep her family intact--in fact, she had given her whole to it--leaving nothing for herself--for her children's sake. Still, it ain't just enough. 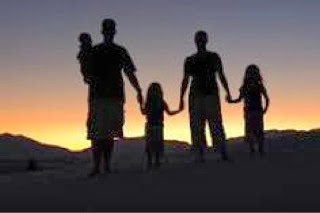 Her children's father is no longer the man she fell in love with. He became insensitive even to the needs of his own children. Sure, he used to be a good provider, but never a good father to his children. He became a gaming addict--constantly online, he's so into it to the point of forgetting his own hygiene and would often engage in petulant quarrel with either his children or his wife resulting in domestic squabbles. She hated seeing him completely immersed into online gaming that he forgets his responsibilities to his own family. She no longer knew who this man had become. And just like that, one day, he decided to leave--with his wife not knowing what to do to survive. My friend is groping in the dark to look for clues on how to get her act together and be able to stand with her own feet to raise her kids on her own.
The sad part is that, their youngest daughter has leukemia--and needs monthly treatment, chemotherapy and other medicines. He knew how much his daughter needs money in order to survive. The daughter's only five years old and she's fighting for her dear life. Too bad, the father does not even seem to even care for his youngest child. And so, my friend pulls all the strings she could muster and tries her best to move mountains to make sure her youngest child maintains her medicines and treatments without her ex husband's help.
When marriages falls apart and collapses, we need to spare our dear children. No matter how much the couples hate each other, they need to talk and iron out whatever kinks it is to be at least be civil with one another, just for the sake of the kids. After all, the two of you were happy making these kids therefore you should be together in raising them as well. These kids need all the help and guidance as they grow, and as parents even if you're no longer together, the support you've given to your kids should not stop.
Posted by Vance M. Ramos at 12:47 AM