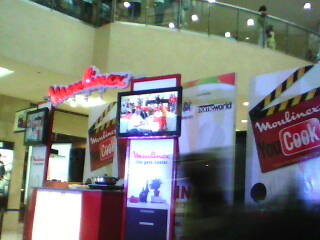 Last January 28,2012, eight student chefs from top schools in Metro Manila had a cooking showdown, held at the Concourse area of SM Makati. These student chefs were the grand finalists for the Moulinex You Cook Video Recipe Challenge Year2.
The aspiring chefs went head to head in their last showdown, where they were able to use their acquired culinary skills, creativity and passion as they cooked the most delicious recipe they can produce, given a set of random ingredients such as pork liver, crab, salmon, squid, milkfish, blue marlin, shrimp, and catfish. 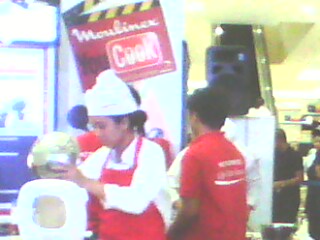 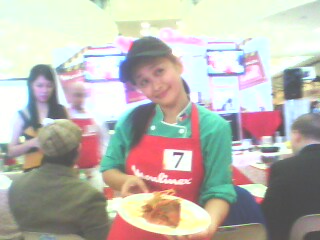 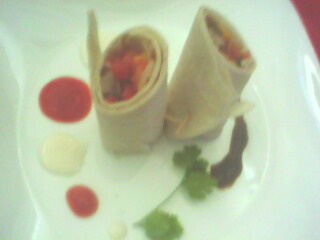 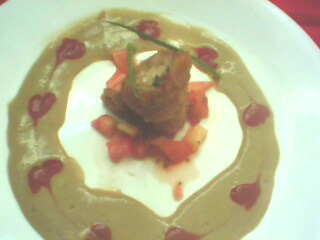 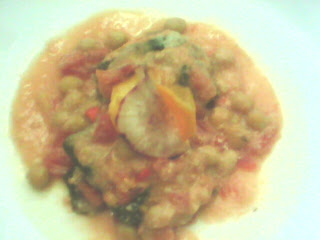 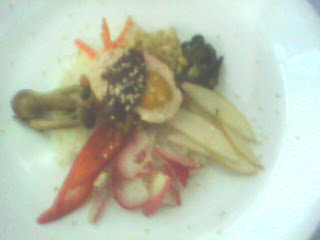 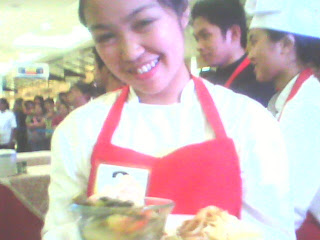 At the end of the said cooking competition, it was Leonelia De Castro of MOST Institute emerged as the grand winner with her Spicy Crab dish. She also won the best in plating. She won P40, 000 from Moulinex, Stay-and-Learn Scholarship and Internship Program from InterContinental Hotel Manila, and she’ll be joining the Demo Tour along with the Moulinex Marketing Team bringing her to some parts of Manila and the provinces as well. The school she represented and her mentor also received lots of prizes from valued sponsors and partners. Halson Lapuz of First Gourmet Academy was the runner-up. He also received prizes from the sponsors.
During the Grand Finals, the Moulinex You Cook Video Recipe Challenge Year 2’s People Choice award was also given to Joemary Grace Balza from Maligaya Institute of Culinary Arts and Residential Services, who garnered the highest votes online via the Moulinex Philippines Facebook fan page. The winner also received prizes from the sponsors.
Lucky audiences also received prizes in a raffle held as they wait for the winner to be proclaimed during the competition. The Grand Finalists’ respective teachers and classmates were also present to cheer them and give the participants moral support.
Congratulations to all the winners of the Moulinex You Cook Video Recipe Challenge Year 2!  Kudos and thanks to Moulinex Philippines for coming up with contests such as this, giving culinary students a chance to showcase their talents. We sincerely hope that one day culinary students from the provinces could also join this contest.
Purple Plum Fairy thanks Moulinex Philippines and Brand Marketing Head-Moulinex and Krups, Ms. Yovilyn Valenzuela for the invite.
xoxo,