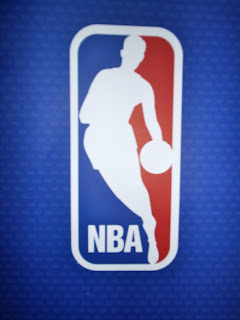 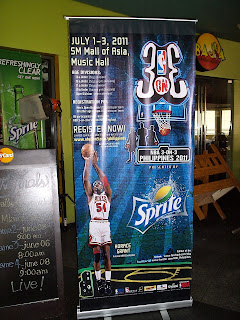 The first-ever NBA 3-on-3 Philippines presented by Sprite will be held in Manila at the SM Mall of Asia Music Hall from July 1-3, 2011. The event combines exciting on-court competition with authentic NBA entertainment and experiences for Filipino basketball fans.


The NBA 3-on-3 Philippines 2011 will provide youngsters with an opportunity to hone their skills and compete amongst their peers.  The competition is open to boys and girls ages 11 to 19, with an open division for men. Basketball fanatics are in for a treat as boys and girls of all skill levels from those specific ages participate and vie for the top honors and bragging rights. The event will be based on the FIBA 3on3 format and rules, and provide participants and fans the total NBA experience with entertainment and unique interactive elements. Registration is on-going on a first come first served basis and will run until June 28.
To enhance fan experience, NBA Legend Horace Grant, a four-time NBA Champion (1990-91, 1991-1992, 1992-1993 with Chicago; 2000-01 with L.A. Lakers) and an NBA All-Star in 1994, will make appearances and interact with fans through clinics and community events.  “I’m really looking forward to my trip to the Philippines. I’ve heard that it’s a nation that loves basketball and I can’t wait to meet the participants of the NBA 3-on-3 Philippines 2011 tournament. I have never been to Manila before but look forward to participating in the NBA cares event and helping teach the great sports of basketball. See you all in July!” said Horace Grant in a statement on his involvement in the first ever NBA 3-on-3 Philippines 2011 Presented by Sprite.
Other NBA-style events over the three days include a Sprite Slam Dunk contest and Energen Skills Challenge where participants can compete and showcase their abilities in front of a home crowd. There will also be an authentic NBA half-time show featuring performances by the Knicks City Dancers, NBA merchandise giveaways and live music to keep fans entertained. Entry to watch the tournament and soak in the festivities is FREE of CHARGE.


NBA Cares, the league’s global social responsibility program, will also conduct a variety of community events in conjunction with the NBA 3-on-3 Philippines 2011 presented by Sprite.
All participants of the NBA 3-on-3 Philippines 2011 will receive a jersey and NBA sling bag, with early registrants (those who sign up before June 10) receiving a signed photograph of NBA Legend Horace Grant. There will also be prizes for the winner of each division.