Reasons Why You Must Visit San Miguel Bulacan

I recently had the best and tastiest sightseeing culinary and heritage tour, or a Food Trail Tour in San Miguel, Bulacan. On my recent visit to the quaint town of San Miguel,  where i had attended the San Miguel de Mayumo event, I not only got to experience delicious local foods and delicacies, but also got to tour a growing mushroom farm and watched several food demonstrations on how they do pickled papaya (achara), cottage cheese (kesong puti), a well-loved rotiserrie (lechon manok) patronized by the local for years, and even sweet pastillas (made from carabao’s milk)—giving me such memorable experience.

I guess I was indeed lucky enough to be part of San Miguel Bulacan’s Culinary and Heritage tour organized by Architect Ervin “Arki” Garcia of Arki’s Grill in cooperation with Hon. Mayor Marivee Mendez Coronel and other entrepreneurs. The said tour had given me a glimpse of the kind of hospitality and warmth this town has for visitors and guests. So what makes the town of San Miguel Bulacan worth your visit? Check out my many reasons why.

·         I have said this so many times but I won’t mind saying it again: I had never seen such amazing hospitality as I had experienced here in San Miguel. I won’t elaborate much because it’s best to experience them first-hand. But you could really feel the warmth of its people.

·         The native delicacies and local foods: I’ve been through the different foodie stops here and there are two things I’ve noticed, one is that they DO NOT SCRIMP on INGREDIENTS, and two, they DON’T DO SHORTCUTS here.  Now, what do I exactly mean here? It means to say that no matter how difficult the process of making a dish, they still do it manually and as naturally done as possible. Therefore, they prefer not to make use of anything conveniently “instant” such as MSG and other flavored seasoning. In fact, Sir Arki’s aunt Tita Lucila “Lucy”Payawal who is in her mid-70’s painstakingly makes her famous native recipes even up to this day. She manually does her pickled papaya and creates to-die-for Kalamay (sweet glutinous sticky rice) with latik. She does heirloom recipes that’s worth publishing and sharing in books. And she proudly says she does these with TLC. “It’s not for everyone (what she does), because it requires not just patience but hard work and extreme dedication as well,” explains Tita Lucy. She hopes someday that she will be able to pass on the said legacy to younger generations that’s why she has agreed to do the food demonstration despite her age. For someone in her mid-70’s, I truly admire Tita Lucy’s strength and vigor.  She still had that bunny energy in her that may even rival that of a millenial’s.


I never realized the efforts one has to give in order to make this bottled pickled papaya or achara as it is known locally. It was only after the food demo made by Tita Lucy Payawal that I learned it's not an easy thing to make. It takes not just patience but creativity and one has to really put her heart into it in order to make one. Definitely not for the lazy ones like me. It has to have some TLC from the process of making up until the bottling.

·         They aren’t just after the business or money. Sure, we all need money. But having a business isn’t all about money. Look at the successful young entrepreneur, Ms. Olive Roura Buencamino of Tita Olive’s Binalot and Tita Olive’s Lechon Manok. During our chance to interview her, she mentioned how important it is for her to maintain the affordability of her products. “My products have been loved by customers not only for its taste but also because of its price. I never want to compromise my products’ consistency and quality. So what I do is that I try to get what I lack from something to other stuff without the need to compromise anything. So far, it’s working well for me,” said Tita Olive.  Where else would you find an entrepreneur who’s able to maintain the quality and affordability of her products in the last decade like her?  I super love her ability to think out-of-the-box. She has really affordable group meals at her Tita Olive’s Binalot Filipino themed restaurant where boodle meals are a must-try. If you’re on a tight budget, worry not, for Tita Olive’s will definitely have something delicious you can afford sans the high price.


In fact, Tita Olive also did a live demo on how she makes her best-selling lechon manok that has started her food business. With 21 branches and counting across the province of Bulacan, no doubt Tita Olive has got her recipe perfected which she claims was all a product of trial and error.

Here, Tita Olive shows how she makes her mouthwatering lechon manok that has started it all:

·         If you’re craving for something sweets, San Miguel is the best place to go. The town of San Miguel is known for their sweet products from pastillas made from carabao’s milk to native kakanin, they seem to have it all! Brace yourself for the sugar rush as you hop from one store to another as they all have something sweet for your tooth to offer. One perfect example is Grabites/Amazing Glaze. This trendy café offers a variety of freshly made doughnuts, burgers, fries, shawarma, milk teas and coffee. A brainchild of Ms. Cherlyn who has pursued her dreams from her humble beginnings in her grandma’s kitchen. Clearly, there’s no stopping Cherlyn from making baking and selling all these sweets. They also have J.Co Donuts’ style doughnuts like Amazing Glaze that can rival J.Co’s. I was able to try their Black Lemonade drink. It is called as such because it has black activated charcoal that is believed to help speed up one’s metabolism and detoxifies the body. They also have this other lemonade called Galaxy Lemonade made from all-natural butterfly pea that amazingly turns to purple when mixed with lemon. Amazing Glaze/Grabites has tons of other foods that will surely excite your tastebuds. The best part? They won’t put a hole into your pocket.

·         Speaking of sweets, when talking about the town of San Miguel, Pastillas surely won’t be left behind. For this is the town where one can see how pastillas wrappers can be considered a work of art. Yes folks, this is where they do those intricate designs on colorful Japanese papers which serves as wrappers for the locally made pastillas. Oh, you’d be surprised how wonderful those colored art papers were cut beautifully! When pastillas is being mentioned, nothing beats the ones made by Cristy and Claudine’s Pastillas and Pasalubong. It was truly a surprise to see that pastillas comes in different flavors now aside from the classic one. There’s Pastillas de leche, Yema, Ube and Nangka. As if those flavors aren’t enough, they’ve also leveled up their pastillas with unique twists of flavors from Dayap, Keso, Chocnut, Green Tea/Matcha, Toasted Ones, Macapuno and yes, for diabetics like me, they’ve got Sugar-Free!!! Woot! The said culinary heirloom had been passed down from 1968 up until now. Indeed, this is a timeless family legacy.

We were able to visit their factory outlet in San Miguel. But you can buy from their three branches in San Miguel: 803 Progresso St. San Jose, San Miguel, 45 Tibagan, San Miguel (where the factory is located) and Stalls B and C, Cagayan Valley Road, Salangan, San Miguel, Bulacan. For orders and other questions, call 0917-8003105/0917-5783186.

Another dying legacy that San Miguelenos won't allow to just die would have to be the art of making intricate pastillas wrapper art using Japanese paper. Here, the Home Economics teacher makes sure they teach the young generations how to cut the paper by using intricately designed patterns.


·         If you’re a milk tea fan like me, you’d also be happy to note that there’s a thriving milktea business in San Miguel called the Milktea Network. This business started in May 13, 2014 as a food cart. They were the ones who pioneered and introduced the concept of milk tea in San Miguel. A year later, they opened their first air conditioned store and three years after, opened up their second branch. Apart from the usual milk tea which instantly reminds me of Dakasi, Serenitea and Infinitea shops—but with much affordable prices, Milktea Network also serves fruit teas, frappe, coffee and other things you can nibble like fries, chips to whatnot. You can find Milktea Network in 64-B Tecson St. Poblacion, San Miguel as well as in Old Sta. Rita San Miguel Bulacan (beside Emmanuel Vera Hospital). For more information, call 09369938283 or 09955544417. 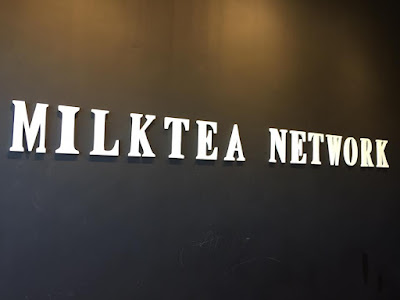 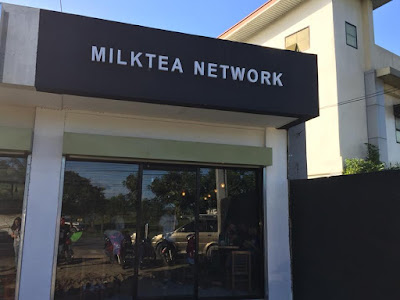 ·         Now if it is the local kakanin that you’re craving for, fret not, Tita Thess Kakanin is just one call away. Yes, whether you’re planning to bring it as a pasalubong abroad, Tita Thess is surely the best way to go. Her online kakanin of Tibok-tibok, Biko, Puto Flan and Sapin-Sapin are just some of her specialties. But she can do so much more, I’m telling you. Her Palitaw has Yema fillings and she can do part biko, part sapin-sapin upon customer’s request. In fact, she’s very popular among her online followers and those who were able to try her special delicacies. She doesn’t scrimp on her latik even if it takes her two hours to make.


·         I’m not really a fan of hamburgers but if you are, then you’re in the right place to be. Try San Miguel’s A’s Imperial Burger. A whopping 200 grams of pure beefy goodness sandwiched on a huge soft bun and sold at P155 pesos each. It is meant to share with two to four other persons. This burger reminds me of McDonalds’ Quarter Pounder and Casa Verde’s Giant burger. It is indeed an honest-to-goodness pure beef patty without extenders. My verdict? It is comparable to the ones being served in fine dining restaurants—no frills, just pure generous serving of beef patty.

·         How about a healthier alternative to potato chips? Try Buenas Diaz Farm’s Mushroom Chicharon. Yes, there’s really something about those Oyster Mushroom craze. At Buenas Diaz, you can try them in various flavors: original/plain, barbecue. cheese, sour cream, spicy and salted egg variants. I super love their sour cream but more so their salted egg variants. They go perfectly well with a soda in hand while watching your favorite teleserye. I swear, you’ll keep munching for more once you open up a pack. Seasoned just the way you like it, it brings you to umami heaven with some crunch right here and there. The best part? These Mushroom Chicharon aren’t the greasy type. So you can be assured, even if you lick your fingers, there won’t be oil on them.


Whew! That was such a food tour right? There's more to come where I will feature other food discoveries and other exciting stuff from San Miguel Bulacan as well as my feature on Arki's Grill and Thumbs Up restaurant. Yes, that means, there's going to be a part 3 of this feature on San Miguel Bulacan.

That's all for now, guys! 'Till my next blog write up!