The Palace Guard Brotherhood Association Inc. calls on Former Presidential Security Guards (PSG) during the Marcos Regime for a 'Reunion' 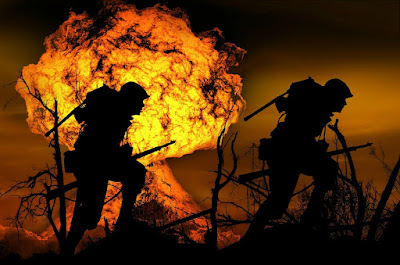 What is the first thing that comes to mind when the word bravery is said? For most people a superhero comes into their minds. For me, it has always been the Filipino soldier. Every Filipino soldier is the pride of his nation. He defends the honor of his motherland with his life and blood. He has to rise above his own self to defend his nation. His profession brings out the best qualities in him like chivalry, discipline, team sprite, loyalty and steadfastness. His example serves as a beacon light to others who are tame and cowardly. His life is a source of inspiration to the youth of the nation. He has no politics in his makeup. He serves the nation to the best of his ability.

I salute every Filipino soldier as much as, if not more than as the scholar, the statesman and the poet. The soldier embodies in himself the sprite of youth. So when I heard about this group called The Palace Guard Brotherhood Association Inc., I wanted to get to know more about them.

I've found out later that The Palace Guard Brotherhood Association Inc. is an organization composed of former presidential security guards (PSG) during the time of former President Ferdinand Marcos before the historical revolution in 1986. The great and glorious past these soldiers played in the Philippine history will be cherished by generations to come.

The life of a soldier is very tough and full of discipline. One has to be mentally and physically alert to keep his body in fine shape for any battle that may occur at any given time. He is the finest role model of humanity who is prepared to give the supreme sacrifice of his life for the lives of others. He has to brave the  tyrannies of nature and in thunder, lightning or rain, extreme hot or cold, in deserts, mountain or seas, day and night fight continuously for the know of his nation. He has to sacrifice his family life, be away from his children, only to the save the lives of his fellowmen.

Having said that, it is very unfortunate to hear that most of these soldiers and former PSG guards who had rendered indefatigable services to the former President Marcos and his family failed to receive their supposed privileges and other benefits (Republic Act 7696) that most retired soldiers has received.

This is where The Palace Guard Brotherhood Association Inc. comes in. Organized in 2016 through the initiative of Mr. Dom Oliveros, it aims to uplift the lives of the former palace guards of the first infantry battalion particularly those who served during the term of former president Marcos. The said association was also made to ensure the welfare of its members and to be able to provide full assistance, securing their dignity and honor during times of need.

In their effort to reach out to the other living members of the first infantry battalion, Mr. Oliveros had a guesting on Bombo Radyo Laoag radio station to call on their former members as they will be having a grand reunion and homecoming this February 17-18, 2018 in Bakasyunan Resort, Tanay, Rizal.

Yours truly, Purple Plum Fairy, witnessed Mr. Oliveros together with the other active members of The Palace Guard Brotherhood Association Inc., when they had an opportunity to talk with Ilocos Norte Governor Maria Imelda Josefa "Imee " Marcos (the eldest daughter of former president Ferdinand Marcos) about their organization during the Tan-Ok ni Ilocano Festival of Festivals 2018 held at the Ferdinand Marcos Stadium.


We also had a rare opportunity to interview some members of The Palace Guard Brotherhood Association such as retired 2nd Lieutenant Roger Cumlad, 672297 of the first infantry battalion. He says that he's been in service for 37 years and has only retired last October of 2017. He says he's glad that there have been initiatives like this and he's happy to be part of The Palace Guard Brotherhood Association Inc. Lt. Cumlad also believes in its mission and advocacy to help out their fellow former presidential guards.

Ret. 2nd Lt. Cumlad also shared how extremely difficult it was to become part of the very first infantry battalion since they had gone through stringent training. "We had special training during the early 80's. We had to undergo a specialized training from the Malacanang (Palace). It's not an easy training as the regular soldiers had," recalled Ret. 2nd Lt. Cumlad during our personal interview.


"We'd like to encourage and invite our fellow former security of the first family to join The Palace Guard Brotherhood Association so they too can benefit from the said organization's man privileges. Malaking bagay ito para sa aming mga members. Aside from the opportunity for camaraderie and to catch up on each other just like the old times, I believe this also calls for some 'bayanihan.' This group was organized to take care of and to look after all the former palace guards' welfare," Ret. 2nd Lt. Cumlad said.

After the revolution, while others went on to seek greener pastures in other industries, there have also been others who were not properly discharged from their work/services and therefore did not receive any benefit from the government. Others were lucky to have gainful employment while there are those who have remained unemployed without receiving any pension or monetary gain. With the presence of The Palace Guard Brotherhood Association, we sincerely hope the said organization may be able to reach out to more former security guards of the first family so that more people can benefit from the organization.

The Palace Guard Brotherhood Association invites former palace guards during the Marcos regime (members of the first infantry battalion) to come and join them on their grand reunion which will be happening on February 17 and 18, 2018 in Bakasyunan Resort, Tanay, Rizal. For more information, please send the group a private message on Facebook.

Special thanks to The Palace Guard Brotherhood Association Inc., Nina Jessica Tolentino for providing us some of the photos, Mr. Gilbert Dino, Mr. Jerome Oliveros and Ms. Yayo Oliveros.