There’s nothing more touching than sharing significant human experience. These are stories about one’s triumphs, the journey to success, stories about love, family and friends as well as life’s lessons. We always get inspiration and be able to learn a thing or two in every story that we relate, hear or share. Sun Life recognizes this and they’re recently able to come up with Sun Shorts.

Sun Shorts are Sun Life’s collection of short films that depicts love, hope and commitment inspired by stories of Sun Life’s very own clients. The campaign was launched back in as early as 2012 and it created astounding positive feedback among consumers as it sends touching messages which had inspired everyone who’s seen them. Sun Life Inc. decided to come up with another series this year.

The three Sun Short Films are once again made to tug the hearts of many Filipinos as it envisions that every Filipino must be prepared for their future. There were situations shown where things are far beyond our control but they were presented in the films in such a way that viewers will be able to cope up when given those real life situations.

The first of Sun Shorts 2 trilogy can now be watched online. “Waves” is a story directed by Zig Marasigan. It gives a glimpse on the lives and hearts of millennials. Highlighting the story of a carefree surf instructor Marco and Amanda the city girl who captured his heart which transcended into an enduring long-distance relationship. Watch how the waves played a significant role in their lives.


I do not want to give you a spoiler here, but in the said story, Marco’s financial shrewdness made their dreams into reality.  After seeing this film, we were made aware that you can now become a beneficiary of your partner, provided that both parties can provide a proof of Certificate of No Marriage (CENOMAR).

Sun Life once again educates Filipino audience (in an innovative & creative way) about financial preparedness by creating these relatable short films. In keeping with their vision and advocacy, Sun Life has two other films set to be released a week apart each. You may catch these episodes at www.sunshorts2.com 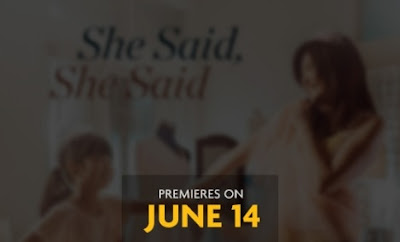 Up next would be the film entitled, She said, She said”. The story evolves in a young single mom’s journey, a story by Nic Reyes. It shows her struggles to raise her daughter alone and still remains determined to reach her own dreams. While these uncertainties kept crawling at the back of her mind- Am I doing the right thing? Am I enough for my daughter? In the end, she will find the comfort she needs in the last place she thought of looking. Showing on June 14, 2017. 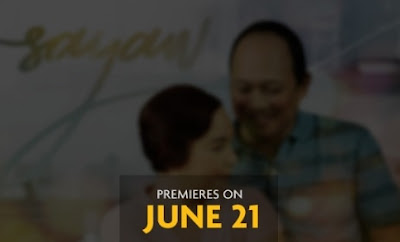 For the final film in the special trilogy, there’s “Sayaw.”Mihk Vergara aims to answer if love truly has the ability to stand the test of time? Couples have been together will be able to relate to this. As time goes by, couples may tend to drift apart. Find out what it would take for them to get back to the rhythm and rediscover dance steps they used to dance so well when they were in their younger years. Watch out on June 21st. 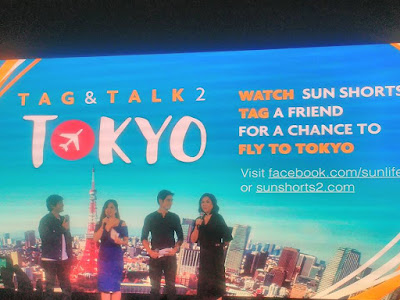 As an extra treat, Sun Life is giving  Sunshorts 2 viewers the chance to win an all-expense paid trip for 2 to Tokyo! From June 7 to 30, all SunLifePH Facebook followers gets a chance to win a getaway to the Land of the Rising Sun by following these 3 easy steps:

Log on to your Facebook account
2. Visit Facebook.com/SunlifePH and watch any of the Sunshorts videos
3. Tag a friend and share your insights with him or her about the video in the comments section
One lucky participant will get a chance to win an all-expense paid trip to Tokyo for 2! No purchase necessary to qualify for this contest!
​
To know more about Sun Life and how to #LiveBrighter, visit www.brighterlife.com and www.sunlife.com.ph .