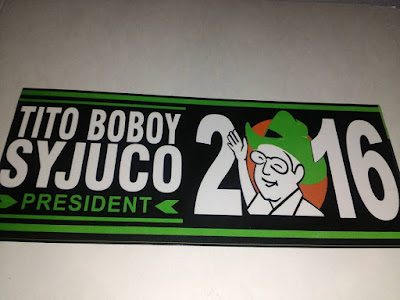 
During our close encounter with Tito Boboy, we had the chance to watch five webisodes of the film entitled “Binuhay Ako Nang Dahil Sa’Yo,” a poignant narrative of the life and love of Tito Boboy himself. We were also able to get to know the man behind his many achievements as he mentioned all his platforms should he win in the coming presidential elections. 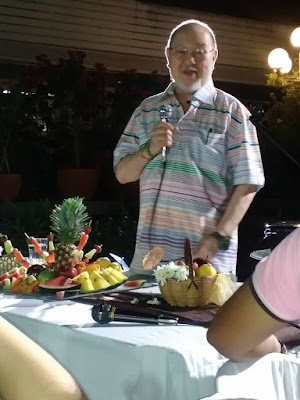 It’s also interesting to note that Tito Boboy was made for public service. He has his heart for his countrymen.  It had always been Tito Boboy’s noble dream to have a better Philippines. And the guy knows whereof he speaks for he has worked with the government and he’s always fought for what he believes is right and just. In fact, Tito Boboy also discussed about the current issue on Social Security System and why the president did not approved of the P2,000 across the board increase for SSS pensioners. He clearly explained that the SSS is in imminent danger of being cut-off from the retirement lifeline because it’s almost close to bankruptcy. President Aquino said the SSS funds would dry up by 2029 if the P2,000 pension increase would be implemented. Tito Boboy thinks otherwise, he thinks that if the next president would not be good enough, the SSS funds will go down the drain even before the year stated.

Tito Boboy also said that the reason why he’s running for presidency is because he’s had enough of negligence and corruption on the part of the incumbent president, particularly that issue affecting the flow of commerce.

In the said informal blogconference with bloggers and entertainment writers, Tito Boboy stated that he wants to resolve the issue pertaining the poor internet service in the country. As a blogger and online media influencer, we feel that it really must be given the attention as most livelihood depends on a strong broadband service and because the net is the main source of communication. Having said that, Tito Boboy promised that when he gets elected, he will prioritize having fibre cable internet service throughout the country. Syjuco firmly believes that to have the infrastructure in place is the only way to bring broadband services costs affordable. That same evening, the Augment Broadband Speed (ABS) Movement was launched. It’s an organization established by Tito Boboy Syjuco himself to pressure the government to take immediate actions in solving the poor internet connection in the Philippines.

Another part of Syjuco’s main concern is the “Better Philippines” where he vows to provide FREE EDUCATION  available for all Filipinos. He also looks forward in solving the mass transportation problems that we have, even citing international airports such as the Changi Airport in Singapore or Hong Kong International Airport—he said that airports should not be within the city, rather it should be located somewhere far so that it won’t create much traffic chaos.

With Tito Boboy at the helm, his signature disciplinarian yet caring attitude, he's what our economy needs in order to have its boost.