PLDT myDSL and Nuffnang Bring You The Avengers! 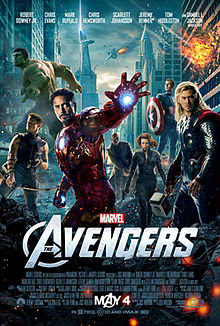 Everyone’s probably excited with the film The Avengers right after seeing the movie’s official sneak peek during the screening of the movie Captain America, and I am one of them. Before seeing Captain America last year, my cousin who was able to watch an advance screening told me to stay glued to my seat even as the closing billboards of the film runs because The Avengers’ sneak peek will be part of it.  Being a huge fan of marvel heroes as a kid (and yes, I am still a fan until now), I had been looking forward to the day The Avengers will open in cinemas.

This was the sneak peek for The Avengers shown last year:

Last Saturday, I was totally in heaven and I felt elated after reading an email sent by Nuffnang—the best advertising blog community there is which I am part of. The email says, “I could win invites to the exclusive screening of The Avengers sponsored by Nuffnang and PLDT myDSL.” You can call me shallow, but reading that email alone already made my day! I’m such a sucker for anything about Marvel heroes anyway.

The partnership between Nuffnang and PLDT myDSL goes back since the last Transformer movie. The two generous companies had joined hands to sponsor movie screenings that lucky bloggers like me were able to attend. They both provide venues for online bloggers to interact with each other personally, thereby building friendships among the blogging community.

Speaking of PLDT myDSL, I really liked their latest television commercial “Anna Banana”. It was so catchy that it could all leave us with a pretty good LSS (read: last song syndrome). But what I liked best about the said commercial was the love the mother had shown to her son. The mother in the said commercial had shown her love and support to her son by means of viewing her son’s “Anna Banana” You Tube video over and over again just so it could reach 100,000 views/hits.

It looked somewhat funny at first, but I’d like to think any mom would probably do the same thing for her kid. And I think the said TV ad had a heart that tells all mothers to support their kid in whatever it is that they dream of. Like in the case of the TV ad, the kid wanted to become another You Tube sensation like Justin Bieber and Charice, so as Mothers, we should all be our child’s greatest fan. Kudos to PLDT myDSL for such endearing commercial!

PLDT myDSL has good news to all their subscribers and would-be-subscribers: PLDT myDSL Plan1299 is now upgraded to 1Mb from its previous 768 KB. For subscribers of Plan 990, you may upgrade your subscription to plan 1299 by simply adding P300 to your monthly bill.
For more information, go to www.pldtmydsl.com.

I do hope I could get invites to the special movie screening of The Avengers by Nuffnang and PLDT myDSL. After all, it will be a day I could see my favorite Marvel heroes on the silver screen all together—saving people’s lives as an entire team. I could only wish that Nuffnang and PLDT myDSL would be able to grant my simple wish. I do know just like PLDT myDSL TV ad Anna Banana, The Avengers will not only be a treat for the fan in me, but it will also be a film I could learn moral lessons from.