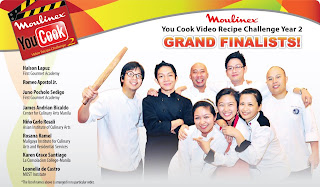 
Held last January 14, 2012 at the Legaspi Room of Hotel InterContinental in Makati, the Semi-Finalists competed for the slots of the top 8 Finalists for the Championships. In this round, each contestants had 1 ½ hours to cook their submitted recipe and was judged according to the following criteria:
Taste: 30%
Mise En Place/Ease of Preparation 20%
Creativity/Originality 15%
Visual Appeal 15%
Optimization of Moulinex Products 15%
Personality 15%
Here are some of the mouthwatering dishes the participants had prepared during the cook-off: 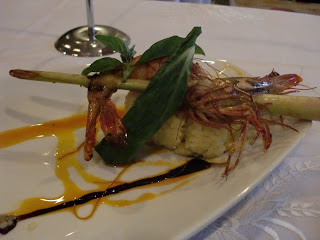 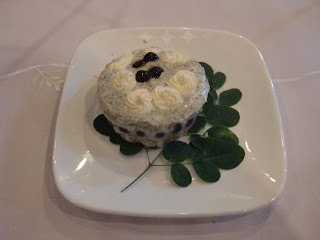 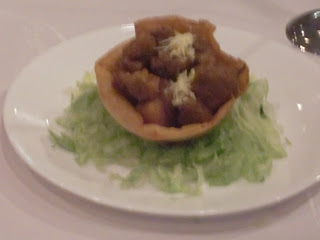 Cooking enthusiasts like me are looking forward on January 28, 2012 where 8 Student Chefs from top schools in the Metro will be having a cooking showdown as they vie for the Moulinex You Cook Video Recipe Challenge Year 2 Grand Winner. Up for grabs for the Grand Winner will be Php 40,000 from Moulinex, Stay and Learn Program from Hotel InterContinental Manila and a demo tour with the Moulinex Marekitng Team. The school represented by the winner and his or her mentor shall also be receiving lots of prizes from the participating sponsors.

I'll be keeping you tabs on what will happen in the Grand Finals! Good luck to all our eight Finalists!


Here are the lucky Grand Finalists with the judges! Cheers everyone! 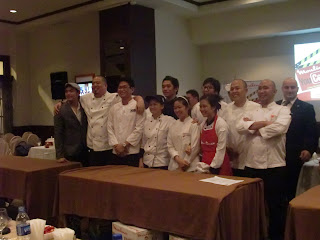 Special thanks to Ms. Norma Galera for providing us the photos and Moulinex for the invites.