Gimbap (김밥) or Kimbap is a Korean dish made from cooked rice and vegetables which are rolled in gim or dried sheets of seaweed and served in bite-sized slices. I recently discovered this small grab & go store selling Korean Kimbap called Kimbap Saýo (Kimbap for You) along Tropical Avenue in BF Homes, Las Pinas. My husband & I were passing by that area and I decided to try it. I was after all on my quest in finding the best kimbap. I was intrigued if it can beat my favorite Mr. Kimbob.

With so many kimbap shops, their unique selling point was that they are affordable than most and they seem to be low in salt and fat so it is considered a healthy option.

There was a menu on the board which I liked because it takes me ages to decide what I want and I could read the menu at my leisure, It even has an open kitchen (with glasses of course) where you can watch the staff as they make your kimbap roll upon order. So if you're the type who's always on-the-go, Kimbap Saýo is perfect for you.

If you're completely clueless about what kimbap is all about, there's even a drawing on their wall that basically tells you what goes inside every kimbap roll. There are two variants of kimbap: Spam Kimbap Php79 each roll or Bulgogi Kimbap sold at Php99 each. There are also two cup rice options: Spam Mayo and Cupbap.
SPAM KIMBAP FOR ONLY 79

BULGOGI KIMBAP FOR ONLY 99

SPAM MAYO CUPBAP FOR ONLY 105

BULGOGI MAYO CUPBAP FOR ONLY 120
Kimbaps are made from cucumber, carrot, pickled radish (tanmuji), sesame seeds, egg, and of course, seaweed (kim). There are no artificial additives in the radish which I liked.
What do I love about Kimbap Saýo'? Their rice is consistent. Not hard or overcooked and definitely not mushy. They don't fall off even after they were sliced. The filling is generous enough. I don't like too much rice. Here at Kimbap Saýo, they have the proper ratio of fillings and rice. The vegetables are finely sliced (not chunky) and they were seasoned well so they perfectly complement the kimbap rolls. They are not too salty not too sweet. Just the right amount of umami, sweet and salty flavors all rolled into these awesome kimbap rolls. The flavors and textures work well together. 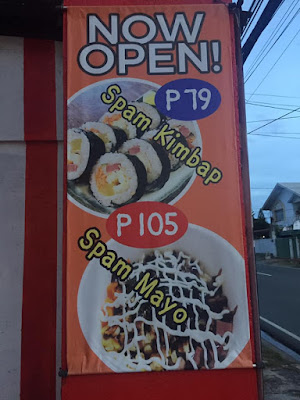 The rice had a nice chewy texture and there was a generous amount of filling. The veggies were sliced thinly and I liked that they were brushed with sesame oil and sprinkled with sesame seeds for an extra aromatic kick. The cucumber slices were refreshing, the carrots crunchy and it was lightly seasoned. It was a lot to chew since an order consists of eleven slices! 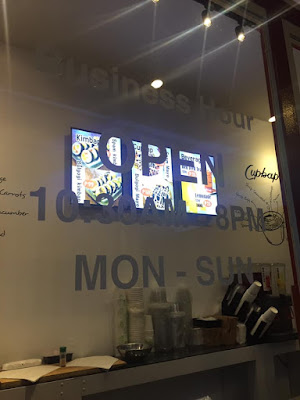 I was so happy to have found a new happy place to enjoy my kimbap. Others might find Kimbap Saýo a bit dry, but on the whole, I enjoyed the roll. It's well done and relatively cheap, but I would've liked a bit of fresh chili in there for some kick or perhaps a dollop of kimchi--but that's just me. 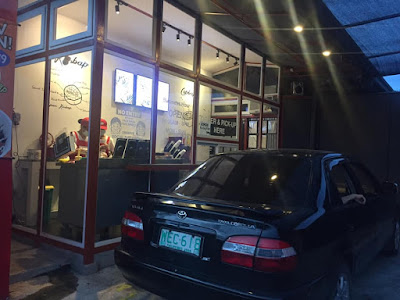 Overall. I'd say Kimbap Saýo is a good place to grab your favorite kimbap rolls. It's affordable, yummy, and definitely filling. I have returned a couple of times since I've discovered it. It's relatively new in that area, so if you're living in the South, then maybe you'd want to give it a try.
Kimbap Saýo is open from Mondays to Sundays from 10AM to 8PM. For more information: