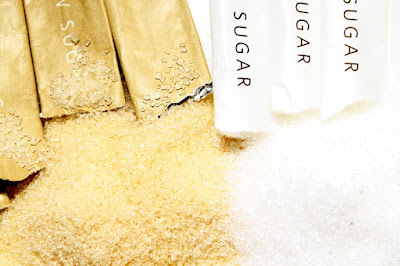 Four years ago, I was diagnosed with diabetes. Since the disease was asymptomatic (meaning, it doesn’t have much symptoms), I never even knew I had it, but I had type II diabetes and it was irreversible. How did I found out I had diabetes? It was simple. My right eye bled (out of too much stress at the time) from my previous work and my ex narcissistic boyfriend. I had to undergo pan retinal photocoagulation (that’s eye laser for you) twice and to be honest, my eye doctor explains, “Parang winelding lang natin yung retina mo. Sunog na yung lahat ng bahagi niya. So you’re not allowed to do anything physically exhausting like jumping, running and carrying heavy objects—otherwise, your retina might get detached and you might go blind.” Can you imagine how I felt after being told I have proliferative diabetic retinopathy? I was also told that if my lifestyle will not change, I might eventually go blind even before I turned 50. If you were in my shoes, what would have been your reaction then?

Sadly, according to the World Health Organization (WHO), one out of every five Filipinos has diabetes. By the year 2030, WHO predicts that the Philippines will be among the top 10 countries with the most people suffering from this chronic disease. So I had to learn to live my life with maintenance medicines at the age of 35. I even had an expensive eye drop (an anti-glaucoma) which I had to use twice a day to make sure my eye pressure won’t go that high.


The good news is, it’s not yet too late. There is still hope for us diabetics. There are ways in which we can manage diabetes. I recently discovered a food supplement that can help us manage diabetes properly called Bioherb. Backed by science and research, Bioherb is made from an all-natural, powerful and rich in anti-oxidant ingredients of Ampalaya Leaves, Banaba Leaves, Camote Leaves and Duhat Leaves. It was formulated by none other than former Department of Health Secretary Dr. Jaime Galvez Tan and manufactured by La Croesus Pharma Inc. and distributed by nutraceutical company Nutra Berde Inc.

This amazing food supplement is packed with the leaf extracts of four plants known to be the most effective in lowering sugar levels. Each green plant contains compounds that are beneficial to those with or predisposed to diabetes.

Ampalaya leaves has charantin which has insulin-like properties that help lower blood sugar levels. It also has flavonoids and vitamins that help the pancreas to produce insulin. Banaba leaves on the other hand has corosolic acid which inhibits absoption of carbohydrates from the intestines. Camote Leaves contains anthocyanins that helps in increasing insulin sensitivity and lowers resistance to insulin. It also assists in the prevention of glycation or bonding of sugar molecule which is considered a major risk factors for diabetes. Lastly, Duhat Leaves (black palm fruit) have polyphenol extracts which heighten insulin sensitivity and increases production of insulin in the pancreas. It helps in the inhibition of alpha amylase, an enzyme that produces starch and glycogen resulting the builds up of high level of glucose in the body.

Taking Bioherb tablet once a day says Dr. Jaime Galvez Tan after each meal can give immediate positive effects for diabetic patients. It is proven and tested to lower blood sugar in a manageable level. It lowers the level of cholesterol and triglyceride at the same time elevating HDL (good cholesterol), enhances insulin secretion and peripheral glucose utilization, reduces glycogenesis in liver tissues and helps lower blood pressure in part due to its diuretic effect of Banaba.

Sharing this amateur video I took when I had attended Bioherb's Townhall Dialogue with Dr. Jaime Galvez Tan.

Of course, this is NOT to say that this will be replacing our maintenance medicines. It is not made that way. This is only a food supplement which in any way when taken regularly may help us lower blood sugar in the same manner that our usual medicines would do.

There’s no harm in trying this food supplement. After all, as Dr. Jaime Galvez Tan said, the ingredients in Bioherb isn’t as alien to us like the much-talked about insulin plant is. We eat ampalaya, duhat, camote and drink banaba tea. Best of all, Bioherb is proudly all-Filipino made. It is formulated for us Filipinos. It is BFAD approved too.  So if you ask my opinion, I’m all for it. In fact, I’d be trying Bioherb myself and see the wonders it can do for my blood sugar and my diabetes as a whole.

Bioherb is available at all Mercury Drug Stores nationwide as well as in other leading drug stores at its suggested retail price of Php11.00 per 500mg tablet. It’s made affordable for everyone so that every Filipino can learn to manage their diabetes.

Disclaimer: I am not compensated for this post. Opinion expressed are 100% my own.