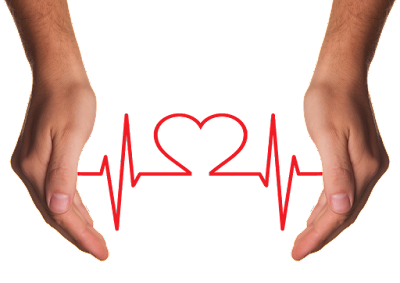 Who Can Use an AED?

Because AEDs are portable, they can be used by nonmedical people, such as police, fire service personnel, flight attendants, security guards and others who have been properly trained to operate them. But anybody can actually learn to use an AED even as young as 8 years old.  An AED operator must know how to recognize the signs of a sudden cardiac arrest, when to activate the EMS system, and how to do CPR – so it’s also vital that they receive formal training on the AED model they will use so that they become familiar with the device and are able to successfully operate it in an emergency. The American Heart Association recommends that anyone who lives or works where an AED is available for use by lay rescuers participate in a Philippine Red Cross or Lifesaving AED class conducted by the Philippine Heart Association. AEDs, in fact, are so user-friendly that untrained rescuers can generally succeed in attaching the pads and delivering shocks. Untrained rescuers, however, may not know when to use an AED, and they may not use an AED safely, posing some danger of electric shock to themselves and others. Also, untrained rescuers may not know how to respond to the victim when the AED prompts “no shock indicated”.
How Do I Learn How to Use an AED?
The Philippine National Red Cross and The Philippine Heart Association offers a variety of emergency training classes, including AED training. We provide state of the art equipment, monitoring, training, and supplies for automated external defibrillators.
The Philippine Heart Association recently launched an AED Advocacy campaign endorsed by no less than actor celebrity turned politician Hon. Ormoc City mayor Richard Gomez. The infomercial shows the value of the automated external defibrillator (AED) and hands-on CPR in saving the life of a cardiac arrest. Mayor Gomez is the endorser of "Gadget AED.PH" campaign which aims to make the house bill 5327, also known as the AED Bill authored by Cong. Edward Maceda and Cong. Marvin "Yul"Servo Nieto. The said bill seeks to broaden AED coverage to include public establishments where considerable number of the population may be gathered such as malls, hotels, and public offices and establishments.
Here's a preview of the said infomercial made by Hon. Richard Gomez:

"Ï hope we will be able to influence people who will be seeing this video. I have been calling cities to have AED devices,"said Gomez during the interview. Gomez claims that he had experienced saving someone because of AED and CPR. He truly advocates first aid and lifesaving training that he sees to it that even in his household, his helpers are also trained with basic life saving skills as well as Heimlich maneuver just in case someone accidentally got choked. "Ïmportante yung ganung skills, because you never know. So i made sure our household helpers are equipped with such skills because it's crucial to save lives."

"Personally, I want people to know CPR in case of emergency. I have had the experience with a friend dying in front of me. I wasn't able to save his life although I tried performing CPR on the way to the hospital,"relates Mayor Gomez.

"We need to catch up with our Asian and Western counterparts which have all been CPR-Ready for the longest time. Their citizens as young as 8 years old know how to do CPR and AEDs are installed in strategic public places,"said Philippine Heart Association President Dr. Nanette Rey.

Get me an AED!!!” Automated External Defibrillator (AED) has the ability to save countless lives, and that is why they should be located in as many places in the community as possible.

AEDs are important because they strengthen the Chain of Survival. They can restore a normal heart rhythm in victims of sudden cardiac arrest. New, portable AEDs enable more people to respond to a medical emergency that requires defibrillation. When a person suffers a sudden cardiac arrest, their chance of survival decreases by 7% to 10% for each minute that passes without defibrillation. AEDs save lives.

The said campaign seeks to transform every establishment, destination and community into a CPR-equipped facility/community/city, and to put the country on the international CPR-Ready countries.

For more information on CPR on Wheels as well as basic life saving CPR, AED skills training and Gadget AED. Ph campaign, you may contact the PHA at their secretariat office secretariat@philheart.org, email phil.heart@yahoo.com or call (+632) 470.5525.