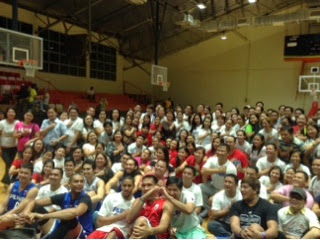 Max's Restaurant had always been proud to be a global Filipino brand and therefore has shown its full support towards Filipinos' excellence in every field there is. Selected bloggers were invited last May 19 for a surprise meet up Max's Restaurant had for them. So there we were, we felt like grade school kids on a huge bus awaiting whatever surprise the much-loved restaurant had in store for us all. But it is obvious from the looks on our faces how excited we were. Some were even anticipating, could it be a special meet up Max's Restaurant has arranged with its brand ambassador and endorser Coco Martin? But then, why do we have to go to the Meralco compound in Ortigas? 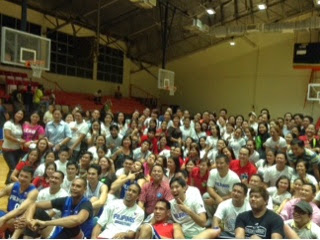 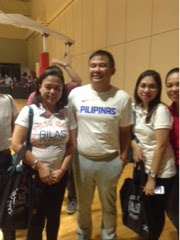 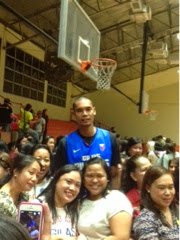 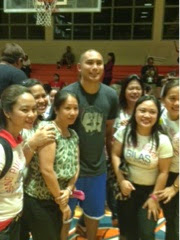 It was an opportunity for us to get to know the players of the national team before they practice. We were given a few minutes to take photos with them, and to be honest, it really felt like everyone seemed to be in a #fangirl mode. We've met popular basketball coaches Norman Black and Chot Reyes. I've seen Norman Black before when my beloved Kyle attended Batang PBA Basketball Sessions before. But it's my first time to have a photo taken with him. We also got to meet other members of the Gilas Pilipinas National Team such as Barangay Ginebra's Japeth Aguilar and L.A. Tenorio, Rain or Shine's Paul Lee and Beau Belga, Gabe Norwood, Jeff Chan, Meralco Bolts' Gary David, Talk n' Text's Larry Fonacier and  Jayson
Castro, etc... 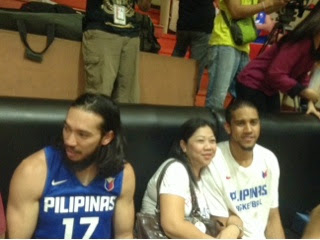 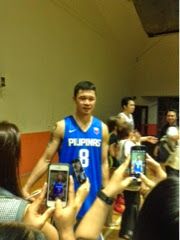 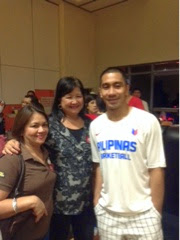 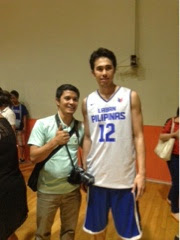 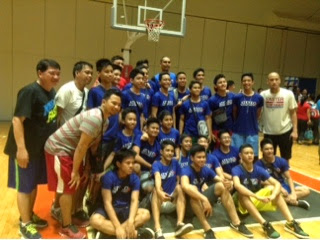 The Ateneo De Manila High School Basketball Team
Too bad, according to the organizers, one of the more popular players Marc Pingris has sore eyes so he was not present during that night. But hopefully, we could have another opportunity perhaps to see him in person soon in the future. Even the entire Ateneo De Manila High School Basketball campers were there to give the team the support that they need. 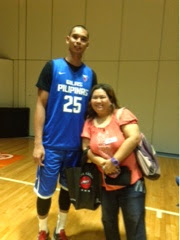 Towering basketball guy, Japeth Aguilar made me look like a fat dwarf. 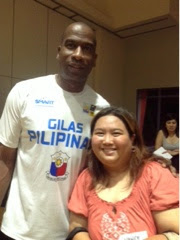 The Purple Plum Fairy with Coach Norman Black
The entire Max's Restaurant executives, officers and personnel came to show their support to the entire members of Gilas Pilipinas National Team as they make their bout and carry the country's colors in the upcoming World FIBA Cup in Spain. With the official Max's Restaurant hashtag #PusoToTheMax, it really takes a lot of fighting heart to go forth and shine in the World FIBA, but with companies like Max's Restaurant at the helm, ready to support the Philippine National Team who call themselves "Gilas Pilipinas", win or lose, they will still be winners in the eyes of many simply by making it there--qualifying for the World FIBA Championship in Spain alone already makes them winners in their own rights.
So go forth, Team Philippines! Good luck in your future games. May you guys bring home the bacon!
Special thanks to Max's Restaurant for the opportunity to meet the Gilas Pilipinas coaches and team members.
Disclaimer: I am not compensated for this post. Opinions expressed are my own.
Posted by Vance M. Ramos at 11:01 AM