"Water and air, the two essential fluids on which all life depends, have become global garbage cans.”

This is the sad reality of life. But if we all try to do something in our own little way about the global garbage cans now, perhaps we can still save some legacy for the future generations. So when Purple Plum Fairy was given the opportunity to cover the recent International Coastal Cleanup Philippines Environmental Summit 2017 in Subic, Zambales, we immediately said yes. 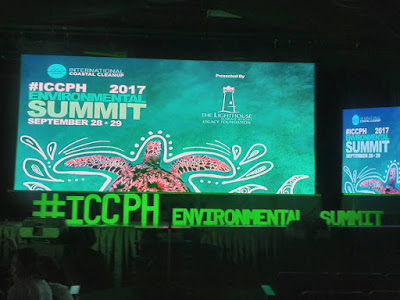 Students learned that our way of living has a great impact on the global environmental issues such as global climate change, food and water sustainability, ubran development and environmental conservation, importance  of the 4 R's "reduce, reuse, recycle and recover." 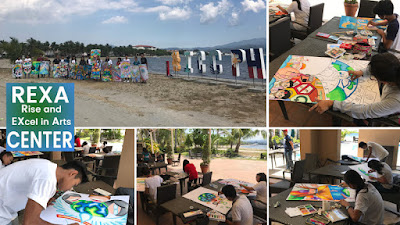 The two-day summit gave participants the opportunity to discuss ideas, interact with fellow youths, environmental advocates and experts, as well as other volunteers toward improving their local community. It was fun to help play a part to clear our ocean, lakes, rivers, and sky from the state of 'garbage cans.' 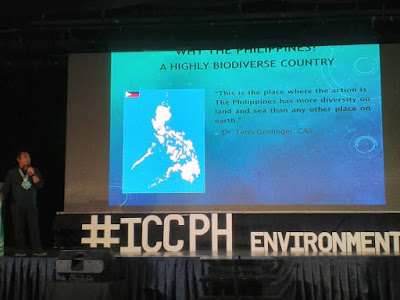 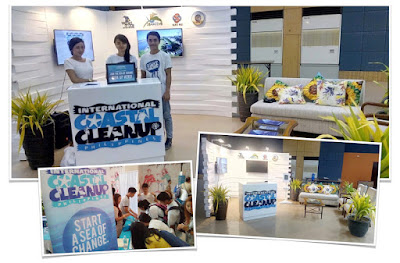 Now on its third year, the environmental summit focused on environmental awareness that addresses specific topics whilst promoting the overall objective of establishing environmental leadership amongst young people. The two day-forums encouraged all participants to become ecological warriors or simply called as "eco-warriors."


This year, the ICCPH had set this Biological Diversity theme, “Sea of Change” for the annual celebration. Within a world of dramatically increasing human population and the issues surrounding this such as climate change, sustainable living is becoming an evermore-popular topic. Linking these global environmental challenges to the biodiversity of Philippines which proved a great way to introduce the young learners to the environmental sciences in a quintessentially Pinoy context.

Ocean trash is a serious pollution problem that affects the health of people, wildlife and local economies.  Policymakers use the ICC data to raise awareness about marine debris and reduce the problem at the source. On average, more than 2,000 volunteers participate annually in Zambales, typically removing pounds of trash and debris. Over 700,000 volunteers across the globe take a stand against ocean trash by joining the ICC.

We've had personal experience in helping cleanup the ocean. In 2014, Purple Plum Fairy along with other bloggers also tried her hand in an environmental activity where we joined a coastal cleanup drive spearheaded by a brand of soda in Coastal Road. I remember we were literally exposed and baked under the debilitating heat of the sun morning. But everyone seemed to be in a high spirit as we shoved, picked, raked and gathered the mounds after mounds of trash from that coastal area. I've began to wonder what the place used to looked like some decades ago.

It could've been a perfect place to watch the magnificent sunset that Manila Bay was known for. Sadly, the volunteers weren't enough to completely clean them up. The place actually resembles the old "Smokey Mountain". From used baby diapers to old bags filled with sands to shoes and styrofoam + plastics--name any trash that you can think about, the coastal seemed to have it. Of course, there were the occasional bad and stinking smell that wafted in the air when you're in mounds of garbage. But as volunteers, we didn't really mind. We were there to get muddy, dirty and to help in cleaning the mounds of garbage. We were sweltering under the sun, drenched in sweats but we were having fun.

The ICCPH Environmental Summit’s mission is to raise the levels of awareness and to encourage more people to lend a helping hand to save the environment. ICCPH believes it’s about time to build a legacy of healthy planet for the sake of the future generations.
For two days, delegates heard from environmental experts from political, business and scientific spheres. The Summit was structured around creating collaboration around environmental solutions and utilizing the youth to inspire fresh thinking and new ideas. Hearing from global figures, delegates had the opportunity to take part in several workshops.

There was a free movie screening where two award-winning documentary films “Nick & Chai” (A film about Super typhoon Haiyan [Ondoy]) and “High Tide” were shown which were both aimed to enrich the environmental consciousness and understanding of the participants. 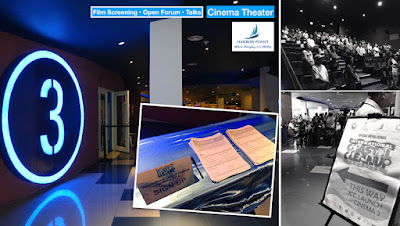 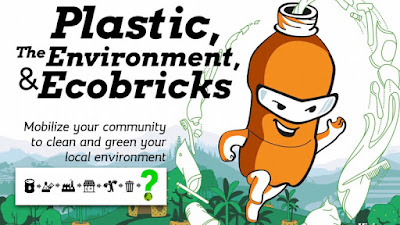 There were also plastic art installations as well as workshop on climate change, open for everyone. Ecobricks were also introduced as a way to maximize the use of plastics without damaging the environment. An Ecobrick is a plastic PET bottle packed solid with non-biological waste to make a reusable building block. Best of all, it doesn't need any fancy machines. 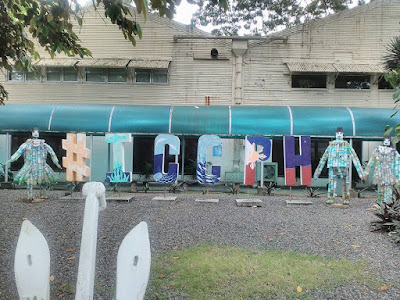 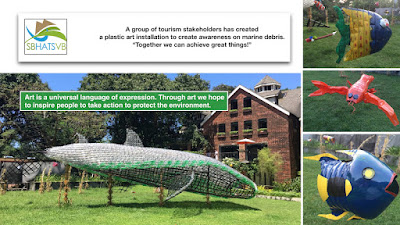 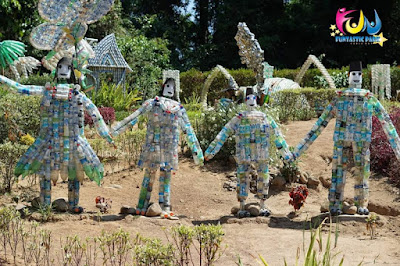 In a nutshell, although we were a bit exhausted, it felt good to be able to give something back or do something for the environment. It
may not be much, we may not have created much impact, but the most important thing was that we were able to do our share and has shown that we care. "Do what you can, where you are and with what you have".  We were only given one planet. If only everyone participates in environmental activities such as these, then maybe, we'd have a cleaner and better place to live in.